Summer 2020 saw the 80th anniversary of the Battle of Britain. To mark this moment we are working to raise £150,000 to site an international commemorative tribute at former RAF Fighter station, London Biggin Hill Airport, to be unveiled on 15th September 2021.

Heavily outnumbered, RAF aircraft defended our skies against large-scale attacks from the Luftwaffe and inflicted the first major defeat on Germany’s military force. The battle between 10th July – 31st October 1940 prevented Hitler’s planned sea invasion of the UK and proved to be a pivotal turning point in the Second World War.

Of the 2936 British and Allied pilots famously named ‘The Few’ by Prime Minister Winston Churchill, over 500 were killed. They have been commemorated on 15th September ‘Battle of Britain Day’ ever since.

Today 101 year old Dublin born Group Captain John Hemingway DFC is the last verified surviving member of ‘The Few’. Accepted into the RAF aged just 19, he served with the famous 85 Squadron and is credited with destroying or damaging seven enemy aircraft. Despite being shot down four times and awarded the Distinguished Flying Cross in 1941, Group Captain Hemingway doesn’t think of himself as a hero. Instead he refers to himself as a “lucky Irishman” and just one of “many” that played his part.

Drawing on Prime Minister Winston Churchill’s description of Biggin Hill as his “strongest link” during the battle and a photograph of 21 year old Flying Officer Hemingway, RHS gold medal winning designer and sculptor John Everiss will create the ‘Strongest Link’ sculpture and garden. 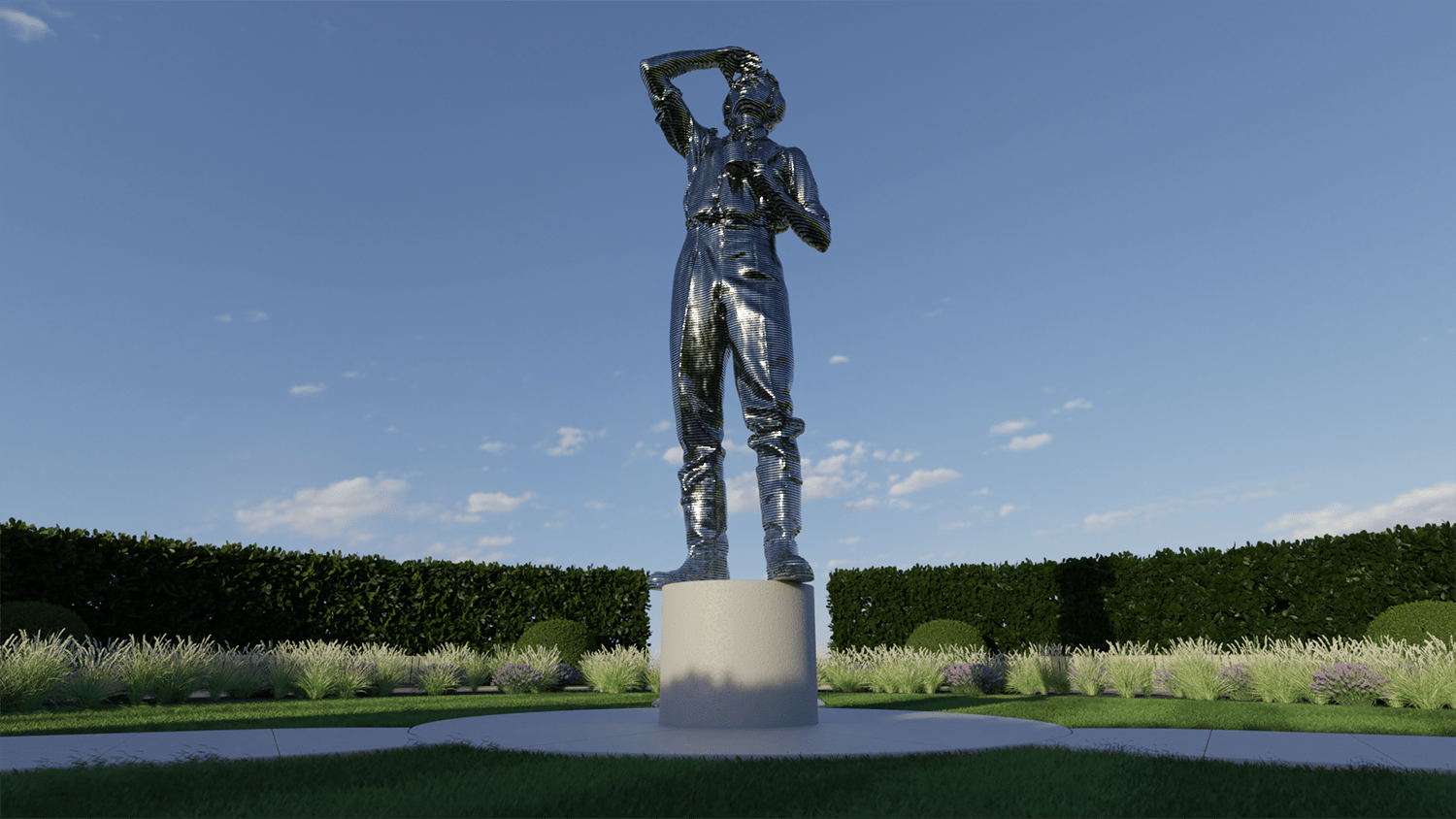 The ‘Strongest Link’ is the third of John Everiss’ public Second World War commemorative projects following the ‘Evaders Garden’ and the ‘D-Day 75 Garden’. Powerful and thought provoking, these installations all invite visitors to pause and reflect on the extraordinary deeds of ordinary men and women during that time.

Inspired by the 1940 photograph of Flying Officer Hemingway, the ‘Strongest Link’ is a 3.7 metre tall metal sculpture depicting a young RAF pilot standing on an airfield looking up to the sky. Momentarily resting from the battle, mug of tea in hand, he shields his eyes from the sun waiting for the call to fly again. 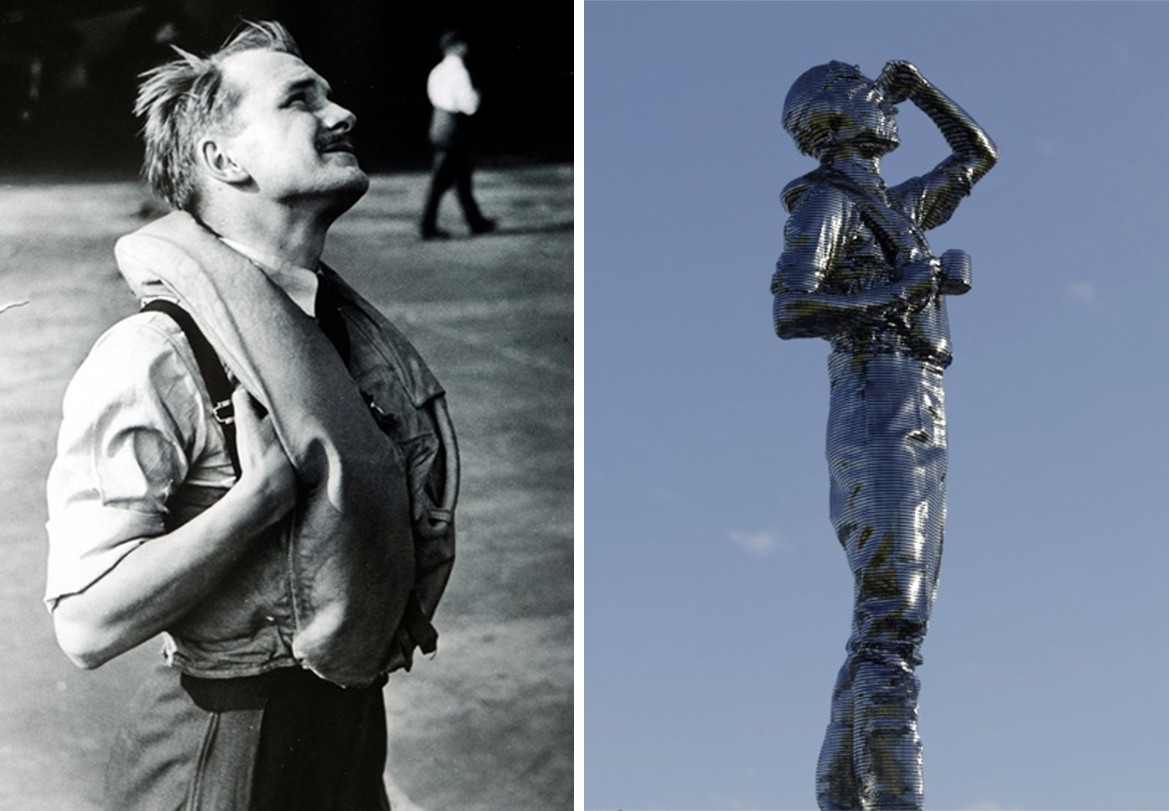 Manufactured by Stage One, world renowned fabricators of the cauldron for the London 2012 Olympic Games Opening Ceremony, the double life size contemporary sculpture will be constructed from 1200 layers of 8mm laser cut stainless steel spaced 8mm apart. This cutting-edge fabrication and latest 3D modelling will highlight every detail of the pilot’s kit to the creases in his uniform and weary lines in his young face.

The iconic and imposing cutting-edge sculpture will create a powerful link between the airport’s past and technology-led future.

Positioned at the centre of a striking commemorative garden, the sculpture will stand on the boss of a propellor blade from which three 6.8 metre propellor blade walkways radiate out. Constructed from Portland stone and designed to scale, the boss and blades depict the prop used on the Hawker Hurricane fighter plane flown by Flying Officer Hemingway.

Encompassing the stone blades, a circular lawn is surrounded by a ring of purple Nepeta low planting and pale green autumn moor grass. A 2.8m wide pathway finished with self compacting Breedon gravel will circle the planting, allowing visitors to walk around the sculpture and view it from all angles.

Celebrating the lives of the “many” Group Captain Hemingway refers to, the iconic and imposing installation will create a powerful link between the airports past and technology-led future. 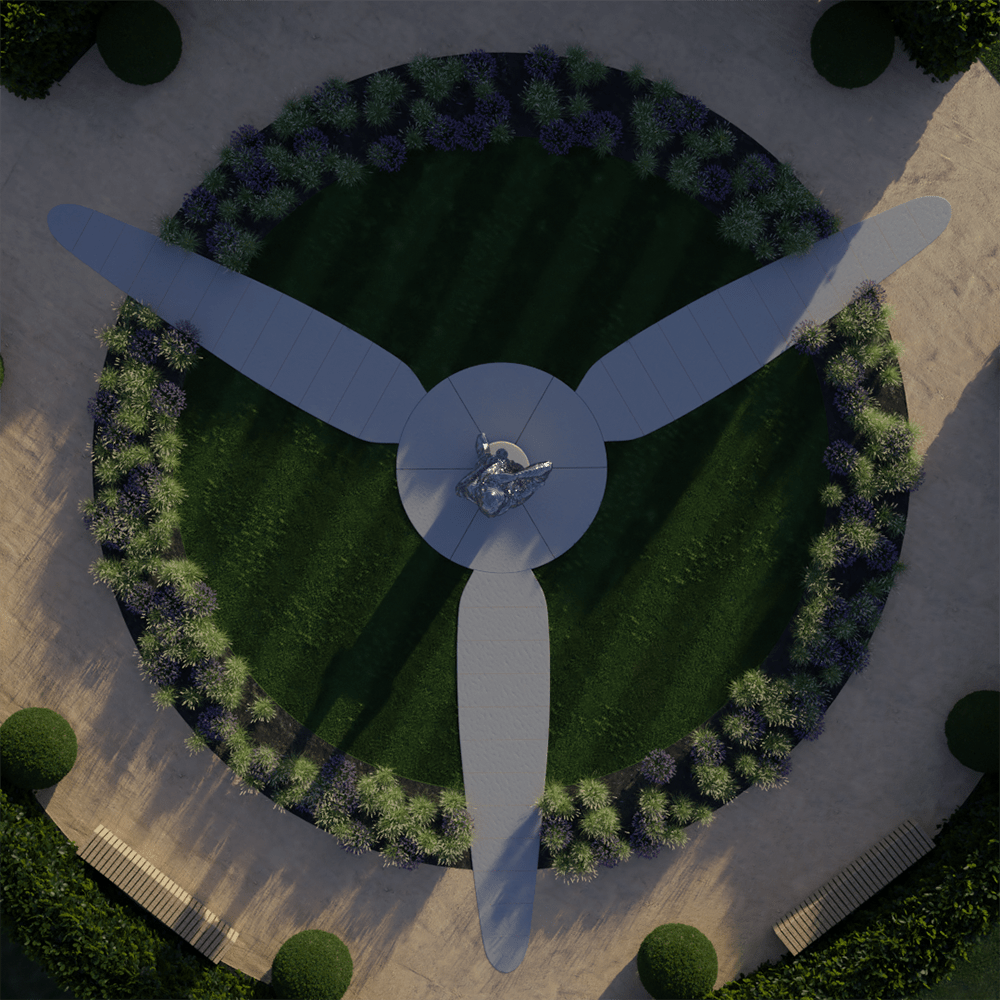 Certain to attract global media coverage, the ‘Strongest Link’ tribute will be seen by London Biggin Hill’s 50,000 plus annual visitors and the thousands of flights landing or taking off from the airport each year. To learn more about the project, become a supporting partner or make a donation, please contact victoria@d-dayrevisited.co.uk or peter.deman@lateral-consultancy.com.