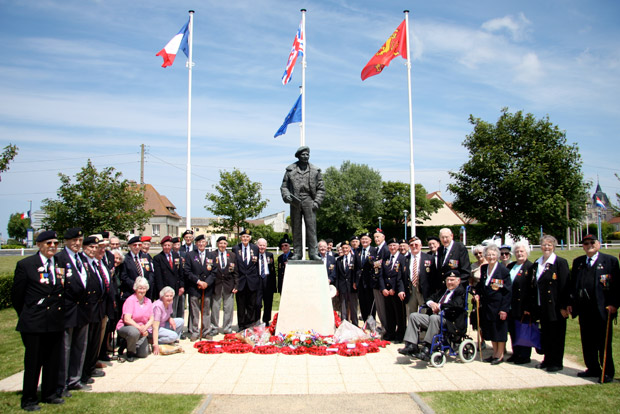 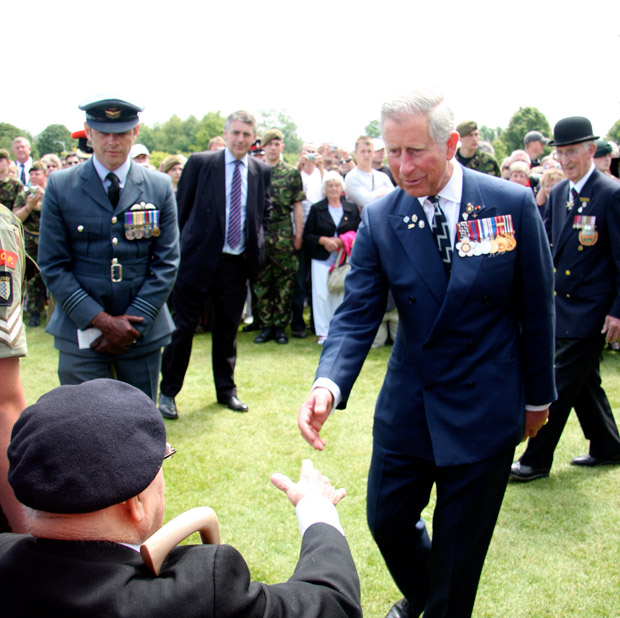 The 65th was a momentous anniversary, which attracted great media attention and visits from leaders and figureheads from around the world, such as President Obama, Prime Minister Fillon of France and HRH Prince Charles.

It was quite an amazing experience for us too; our first Normandy pilgrimage and one we’ll never forget. For most of the D-Day Revisited team, it was their first visit to Normandy and certainly their first excursion in the company of such wonderful people. We all felt very humbled and this feeling remains each time we travel to Normandy.

OUR RAINY REBELLION IN ARROMANCHES

The weather was glorious throughout our 2009 visit except for the afternoon of the 6th when the heavens opened on Arromanches, just as the veterans were about to commence their march to the town square.

Just an hour before D-Day Revisited Chairman, John Phipps, found himself on stage in the main square translating instructions from the French authorities over a microphone, in order to help the ceremony run more smoothly. Meantime the entire D-Day Revisited support team rolled up their sleeves and began scurrying around beneath, trying to find chairs for the hundreds of veterans arriving at the square to collect their 65th anniversary medals. One veteran wrote to us later:

We thoroughly enjoyed our stay in Normandy, especially as not only did they provide the cash but the team worked like Trojans to ease us through this emotional trip. It wasnt limited to duties with us but shared with all at Arromanches square, where they attempted to find a seat for everyone! Indeed we were proud and the incredible work they put in will not be forgotten. We will always remember our rainy rebellion at Arromanches! 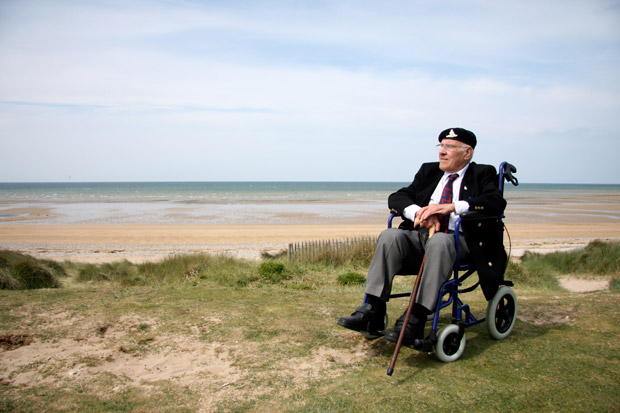 We were privileged to be joined by 100 year old veteran, George Cross, on the 65th anniversary pilgrimage. Older than the average infantryman, Bombardier Cross was 35 when he landed in Normandy on D-Day and had never returned since.

A small group from the D-Day Revisited support team accompanied George to Juno Beach to help him locate the exact location where he had buried a fellow comrade with his bare hands 65 years before. George had never forgotten this soldier, whose name was John Head. In fact he made a pact with himself to some day go back and pay his respects. By the time they reached the spot as George remembered it, there wasn’t a single dry eye in the house.

A WARM RECEPTION IN THURY-HARCOURT 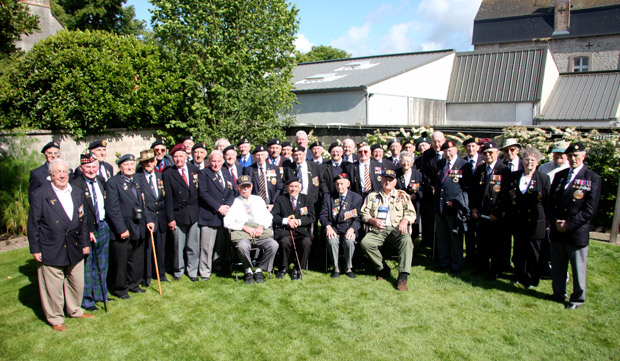 One of the great highlights of the pilgrimage was our visit to the small town of Thury-Harcourt. Our dear friend Ralph Jackson fought with the 59th Staffordshire Infantry Division in Thury-Harcourt in August 1944. During this fierce battle, the division suffered 90% casualties. When the D-Day Revisited group visited Thury-Harcourt in 2009, we received such a warm welcome from the Mayor (who recognised Ralph instantly!) and the townspeople alike. Local school children met the veterans at the Town Hall and sang God Save the Queen in their honour. It was a truly wonderful reception and very moving for the entire group.

This was D-Day Revisiteds first pilgrimage to Normandy and so was a great adventure for all involved. The support team were all overwhelmed by the experience of travelling back to the beaches of Normandy with such a fantastic group of men who all fought there for the freedom of Europe 65 years before.