The 70th anniversary events in Normandy were momentous and certainly captured the attention of world media. So once we returned home (and after a big sleep!) we began to think about what else could be done to keep the anniversary going beyond the ceremonies in France. There is of course a deep seriousness about those ceremonies, which are tuned towards the theme of “Lest We Forget“. In contrast we wanted to celebrate the Normandy veterans who are still with us and do so on home soil before a British crowd. What better venue than the Goodwood Revival which is held on the historic site of RAF Westhampnett in West Sussex, which itself made such a huge contribution towards Operation Overlord. 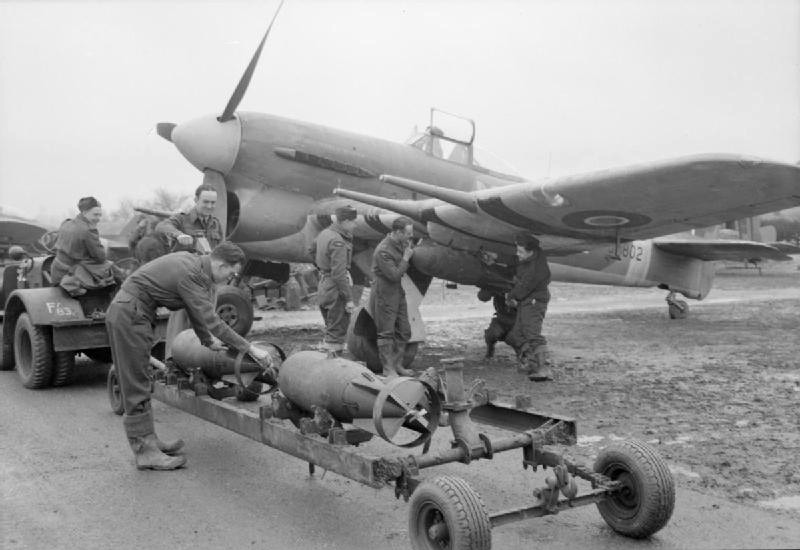 The Goodwood Revival aims to celebrate the golden era of motor sport from the 1920s – 1960s. It attracts approximately 50 000 visitors per day over its grandly themed weekend in September each year. This nostalgic event is meticulously organised and every detail is era-appropriate, so we knew this would be an entertaining step back in time for our treasured veterans! 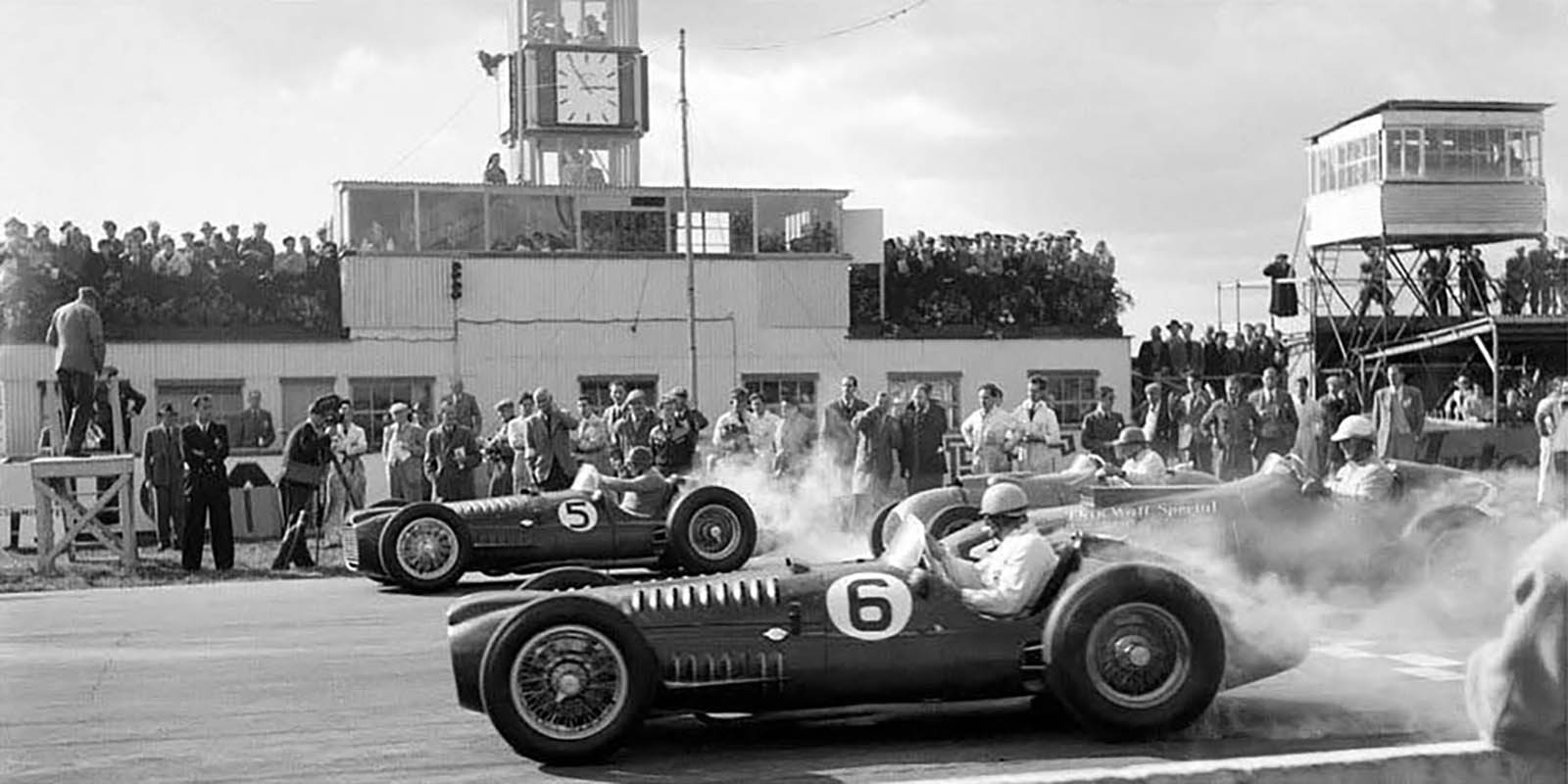 Conversations began with the team at Goodwood; the Seat of the Earl of March. Right from the beginning we received a very spirited and helpful response to this idea, which was simple enough: to help a group of Normandy veterans travel to the Revival and present them to a home crowd. The Goodwood Team decided to call the event ‘West Sussex at War‘.

We were invited to provide some wartime history of the veterans due to attend. Aiming for 25 veterans, we supplied a wartime photograph of each of them. This was quite a challenge as cameras and film were not always readily available in those days! As the weekend drew nearer we were busy with the finer details of travel arrangements, accommodation and medical support. The outfits were easy enough for the veterans: the usual blazer, polished black shoes, beret and medals. However, for the helpers and companions it was more of a challenge to find a 1940s correct ensemble. Several veterans travelled to Chichester with their wives, who remembered the turbans and victory rolls very well!

At around 10am on Saturday 13th September we set off for Southampton in a trusty Carvers coach where we stayed overnight at a very comfortable Premier Inn. It was quite an early start the next morning, as we were keen to get on the road early to miss the heavy traffic. As it happened, all went well and we arrived at Goodwood shortly after 9am. The weather was already glorious and the Goodwood Team had made exacting arrangements, starting with a transfer into the site on two 1950s buses. Sitting on those rickety old buses brought memories flooding back and put everyone in the mood for a step back in time! 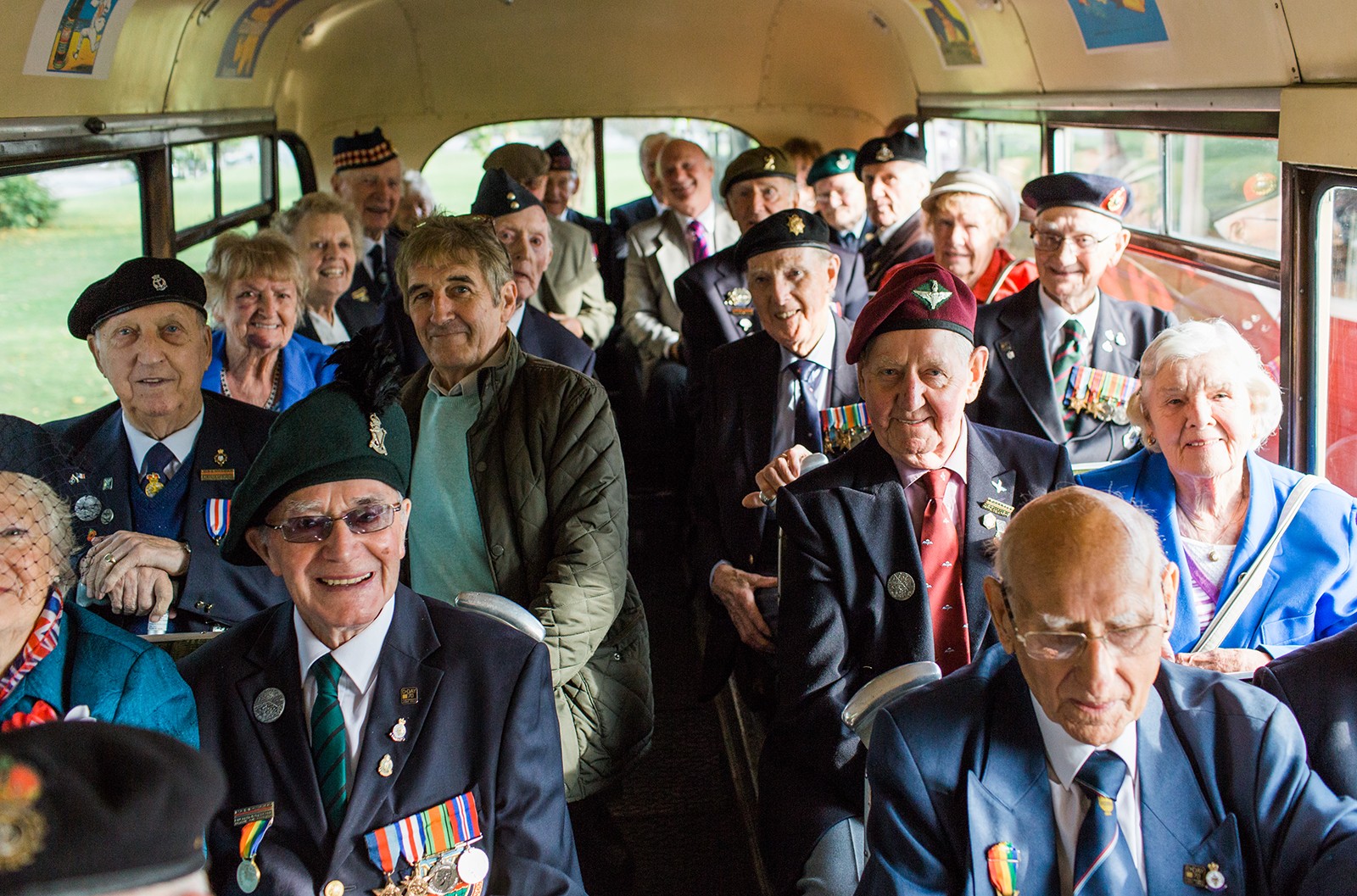 D-Day veterans and their loved ones squeeze into their vintage bus, commenting it was “like being at school again!”

We were all driven directly to the Freddie March Aviation area where seats and benches had been prepared for the group’s arrival. Access passes were issued to everyone and vouchers were handed out for meals throughout the day. So here we all were alongside the aviation display, surrounded with period aircraft including several Spitfires, a C47 Dakota, a Hurricane… you name it; all here! 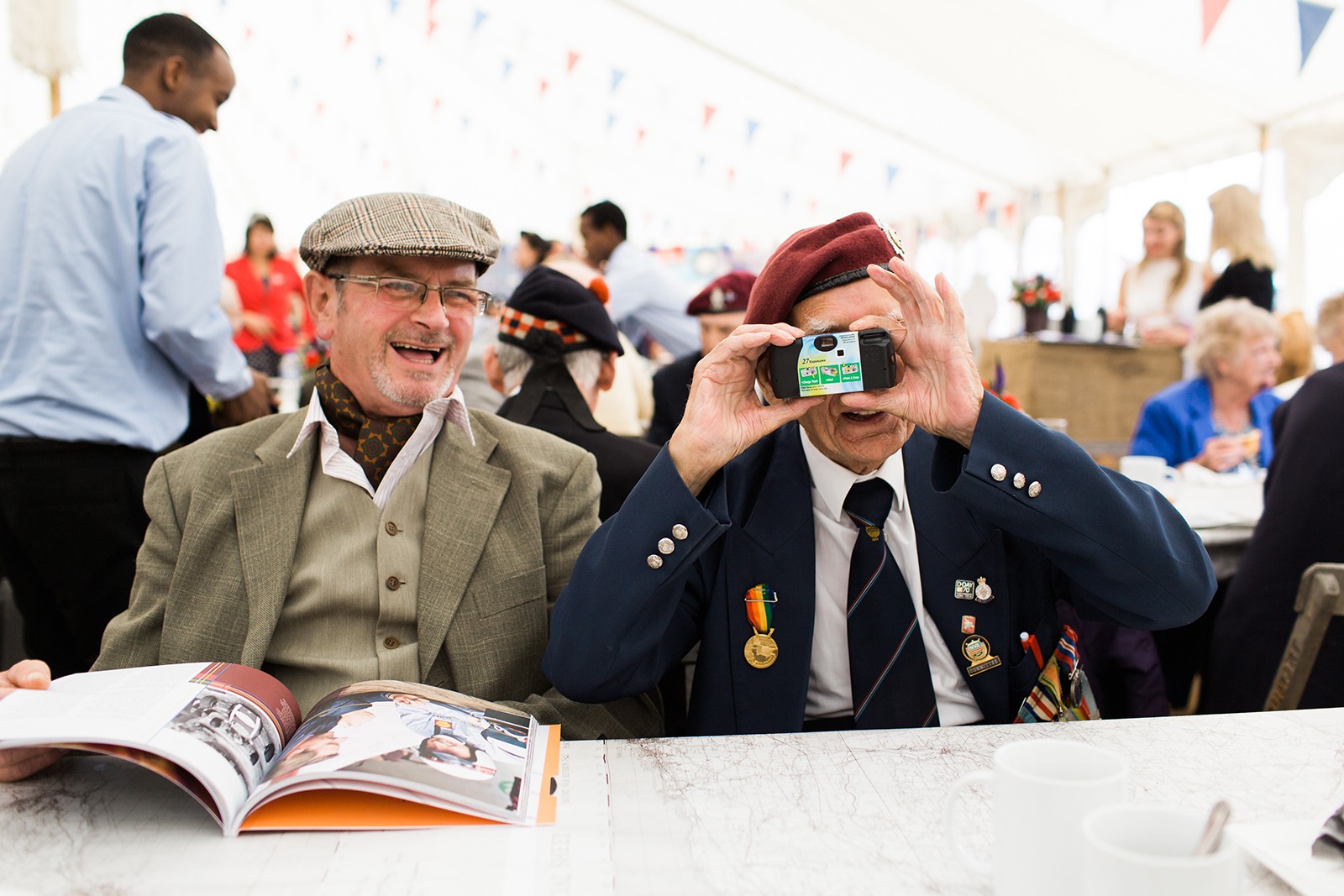 Para veteran, Glenville Jones, and his friend Cyril larking about in the Pilot’s Club tent

For the rest of the morning, the veterans and companions were free to tour the event. Some went off to watch the classic car races whilst others strolled around the aviation displays. There was plenty to be entertained by!

It was late morning when the veterans were invited to climb aboard their own private WWII Jeeps ready to be chauffeur driven to the Goodwood circuit. Seeing the long line of jeeps ready stretching into the distance was quite something and another example of how each veteran was royally treated. 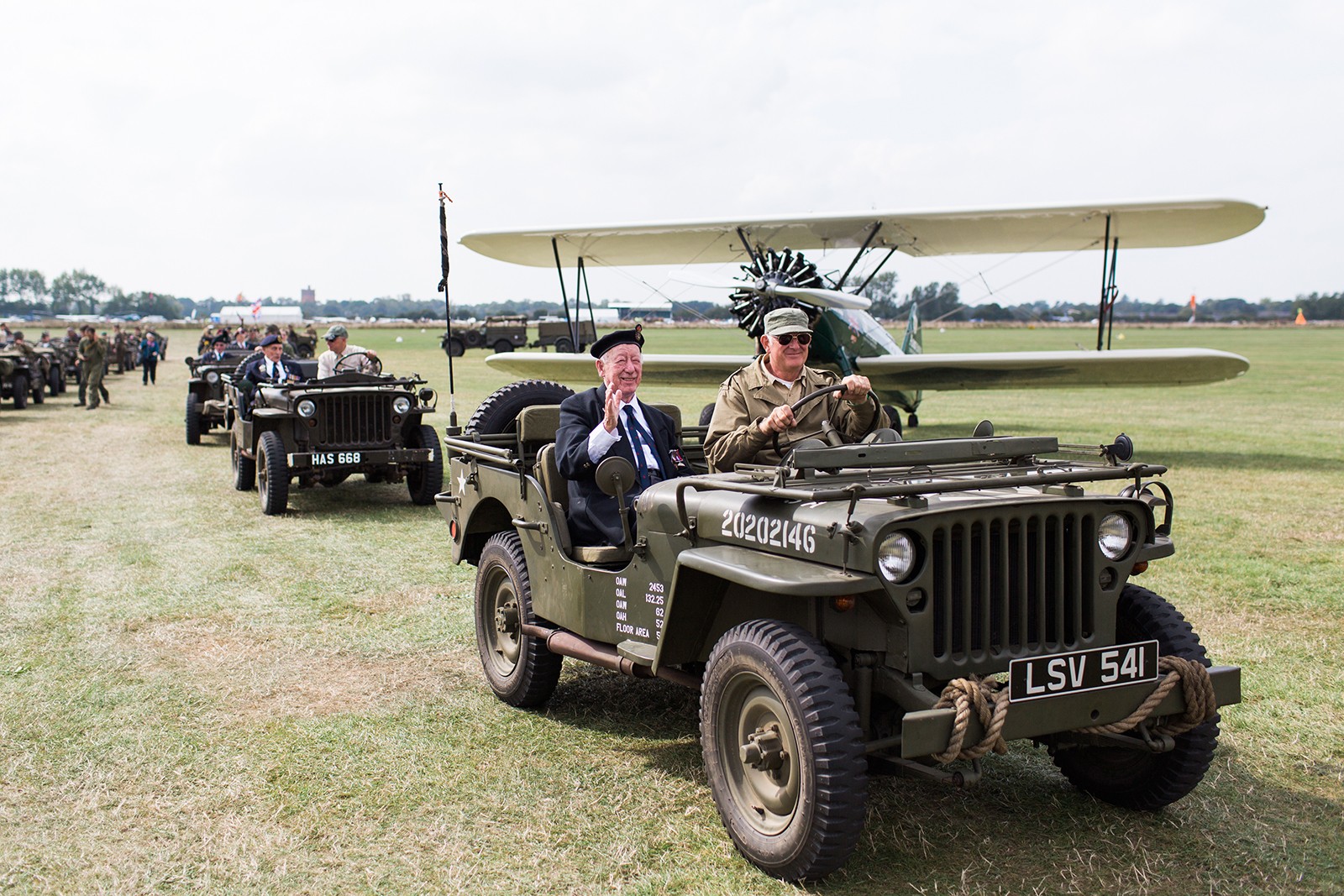 The rest of us were escorted to the famous racetrack startline to await their arrival. Lord March addressed the crowd from a podium in the centre of the track and told everyone a little about the history of RAF Westhampnett. He explained that the event which was about to take place marked the 75th anniversary of the RAF base being established at Goodwood, as well as the 70th anniversary of the D-Day Landings in which it played an important role. These two events were important symbols of the beginning and the end of World War II.

After the speech, we all noticed hundreds of people at the other end of the track all dressed in 1940s civilian clothing and behind them followed scores of 1940s military vehicles. The civilians moved to one side and as the vehicles drove closer they began cheering and waving hankerchiefs as though they were saying ‘bon voyage’ to the soldiers leaving to join the fight. Then came our veteran friends one by one in their jeeps down the central lane of the racetrack and all the visitors in the stands joined the applause, many rising to their feet in their enthusiasm to welcome the old soldiers. It was quite a moving sight! 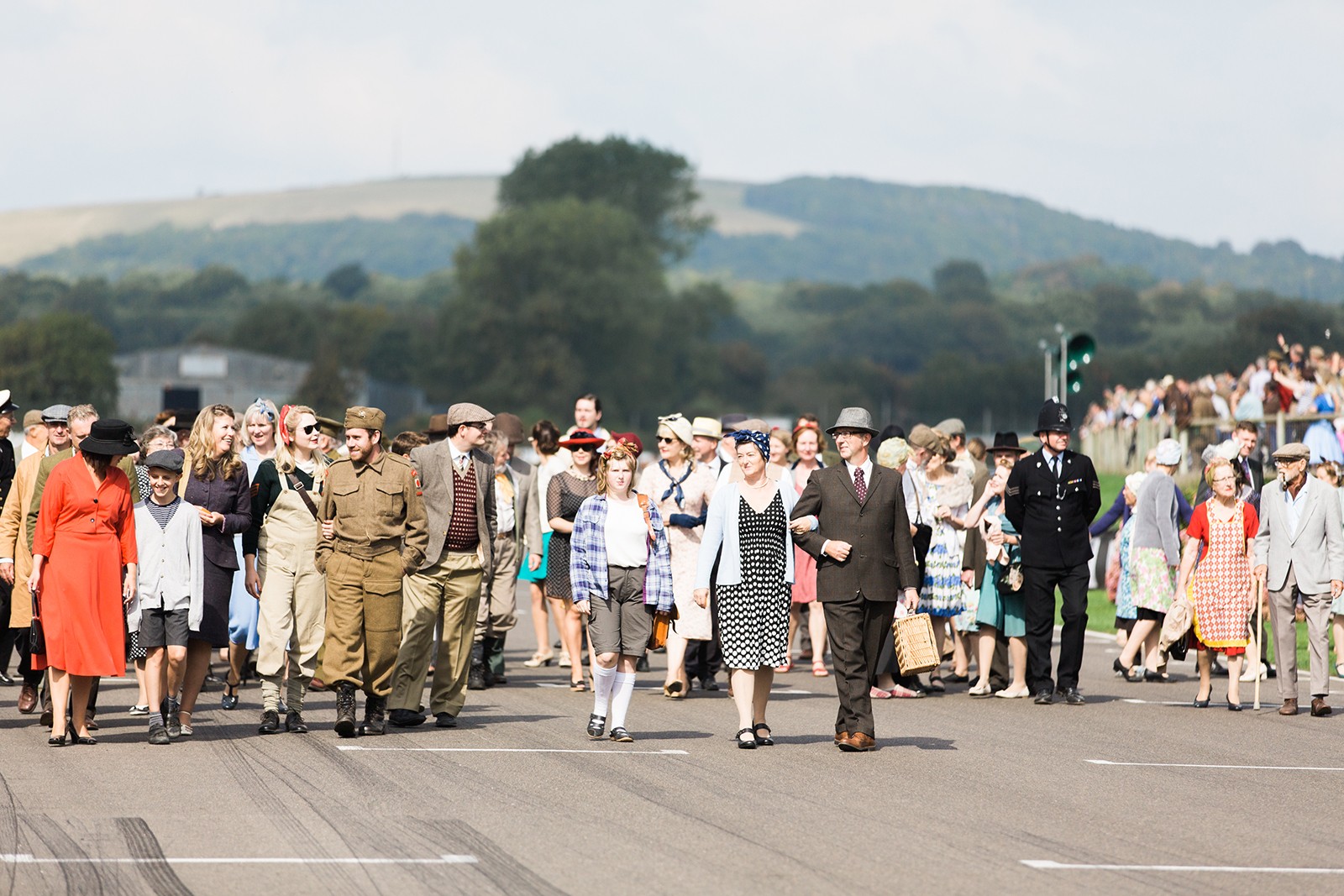 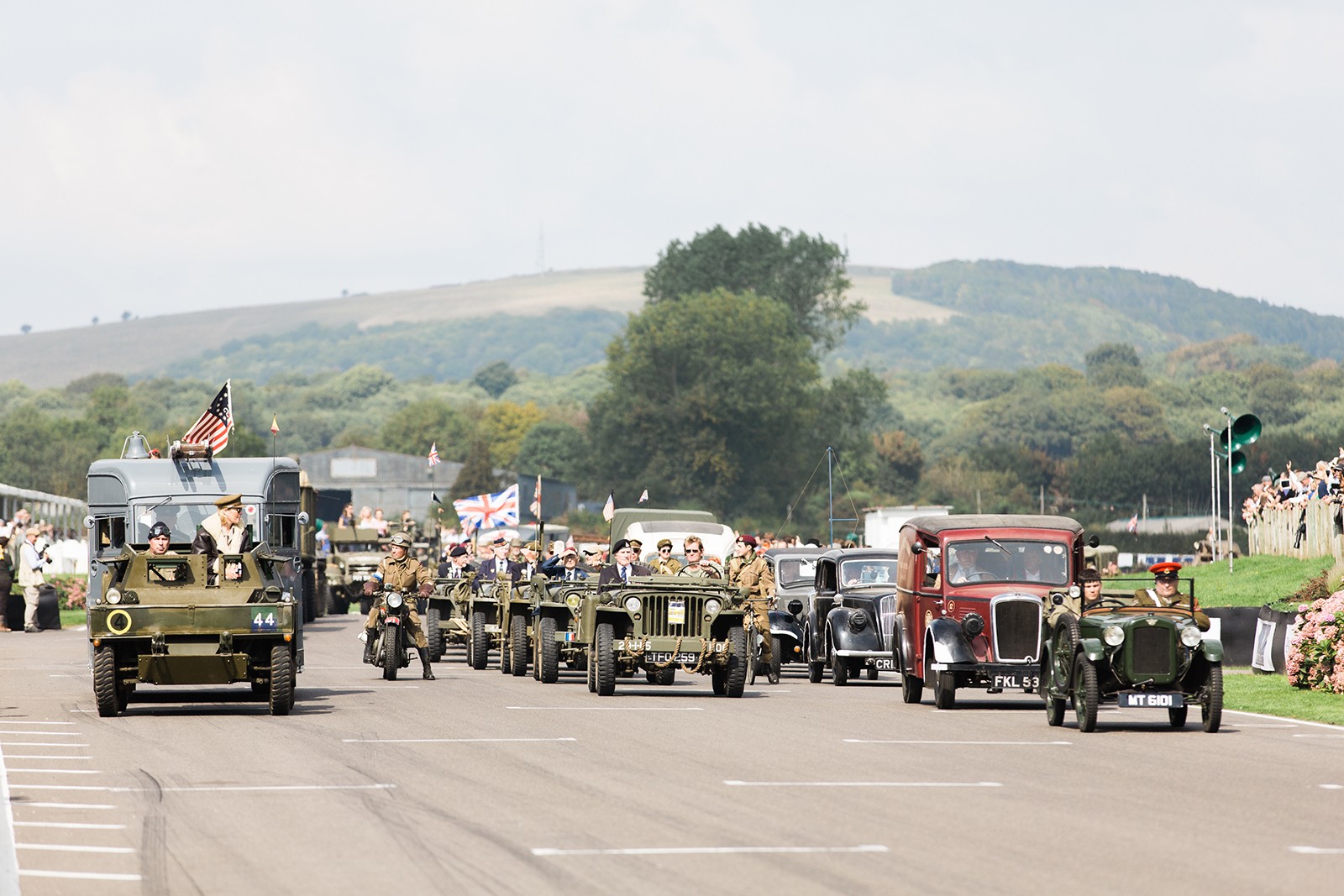 ‘West Sussex at War’ parade at the Goodwood Revival 2014 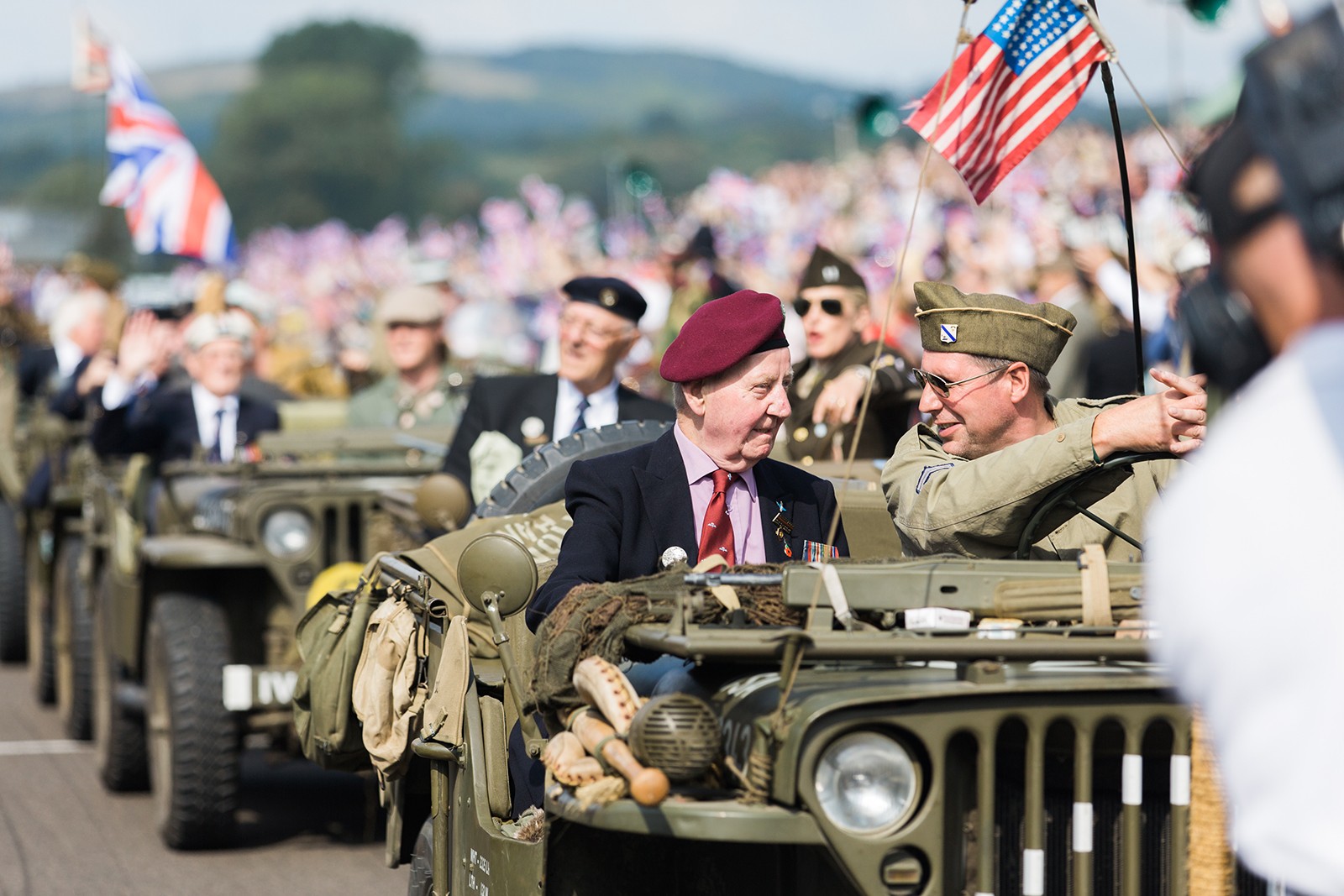 The Goodwood Team had arranged for all the veterans’ wartime portraits to be shown on a large screen along with their names and rank. Several said afterwards they felt quite the celebrity! A flypast from the Battle of Britain Memorial Flight was the icing on the cake, especially as this included the last two remaining air worthy Avro Lancasters. 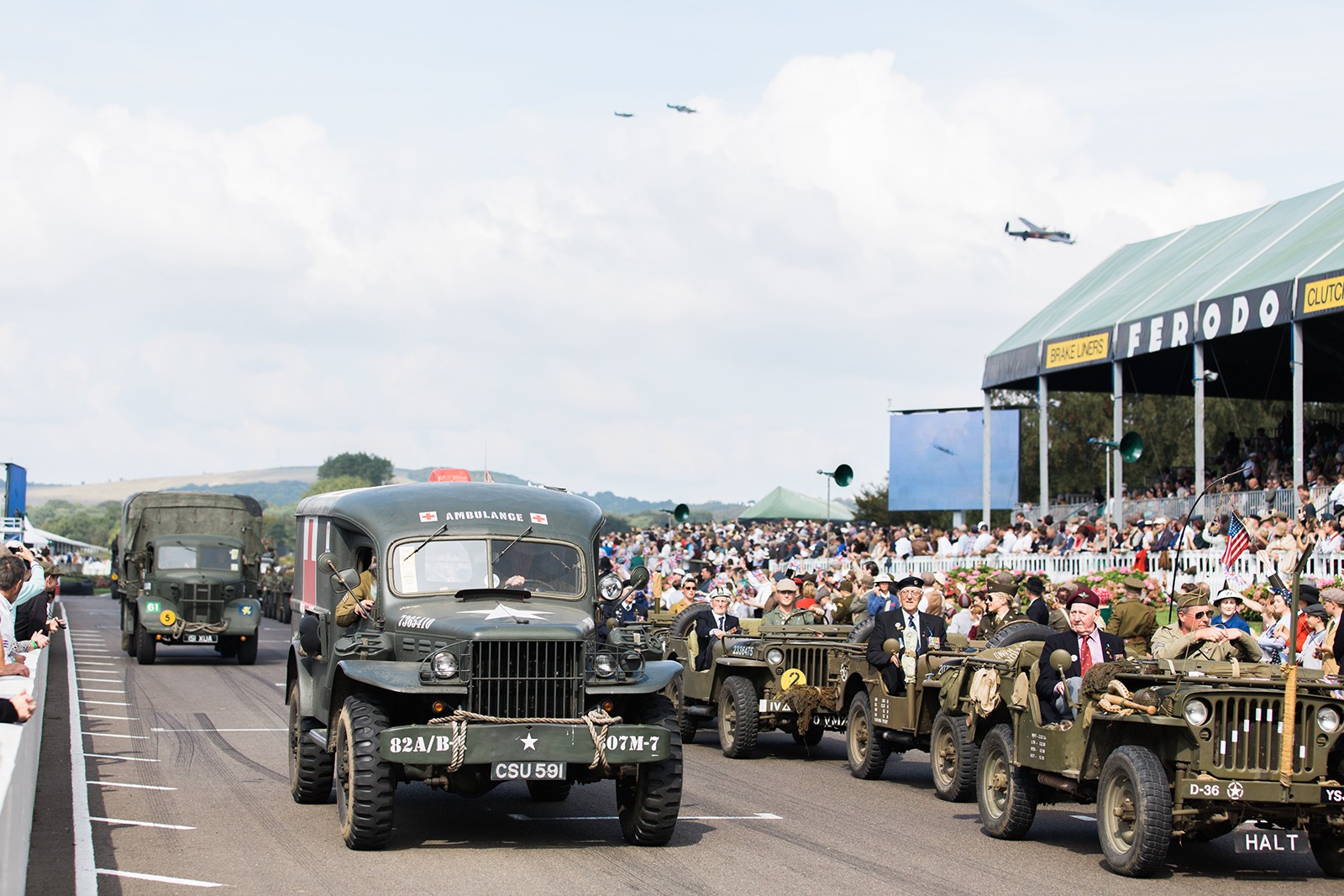 Battle of Britain Memorial Flight overhead at the Goodwood Revival

Royal Navy Veteran, John Dennett, was very surprised to see Stirling Moss waving at him from the sidelines… despite not being able to recall his name straight away his face lit up and he pointed at him shouting: “I know you! In the Mercedes at Aintree!” to which Moss replied: “That’s right, Mercedes!”

After this fantastic event was over, normal programming resumed on the racetrack and the veterans returned to the aviation area for lunch. The group then had the rest of the afternoon to wander around the extensive Goodwood site.

That evening we returned to the hotel, happy and tired after a wonderful day. The following morning we had a slow start and a hearty breakfast before heading home.

We would like to thank Louise Brown and the whole Goodwood Team for their meticulous attention to detail and taking care of the veterans so well and the Goodwood Revival for generously meeting local accommodation costs and all the costs on the day. Lord March later wrote an individual letter to each of the 22 veterans. This thoughtful note to each person was a nice touch and very much appreciated.