It was unthinkable to start this Remembrance Voyage from anywhere else. On Sunday 4th May we assembled as a group at the famous Commando Memorial known to Commando Veterans as The Three Men on the Hill. This simple yet powerful memorial was unveiled by Her Majesty Queen Elizabeth the Queen Mother in 1952. It is reported that in conversation with Bill Millin, the Queen Mother had cheerfully expressed her envy, that whilst she may be remembered for 100 years, it was Piper Millin and the Commandos who would be remembered for a thousand years.

Arrangements for this gathering had been notably assisted by Lt Colonel (retd) Kevin Lane MBE, Vice Chairman of the Fort William Branch of the RBL (Scotland) and Joe Murtagh, the National Secretary of the Commando Veteran Association. 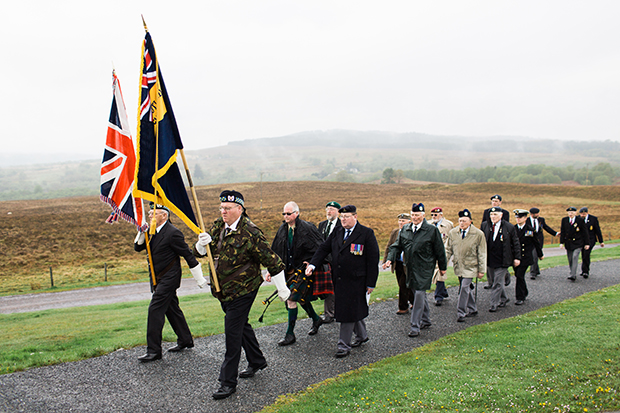 We were especially delighted to welcome Donald Cameron of Lochiel who joined the ceremony in his official capacity of Lord Lieutenant of Inverness-shire representing Her Majesty the Queen. Lochiel was welcomed also as Clan Chief and as the owner of Achnacarry Castle & Estate. Members of the Royal British Legion (Scotland) Fort William Branch were in attendance along with representatives of the Highlands & Islands Council.

This was the first playing of the Millin-Montgomery Pipes which had only recently been delivered from Hardies of Glasgow. The Voyage Piper, Karl Wainwright, fitted the chanter taken from Bill Millins Pipes but had scant opportunity to tune this and even less chance for John Millin to have any practice time.

As the heavens opened in true Spean Bridge style, the ceremony was opened by Kevin Lane who made a speech of welcome, especially focusing on the story of Piper Bill Millin as the central character of this Millin-Montgomery Remembrance Voyage a real but symbolic personality representing all those who trained in this Highland region. Just like all who followed, inevitably the heavy rain was mentioned! On closing, Kevin introduced John Millin.

We are here at this grand Memorial dedicated to the British Commandos to thank and pay tribute to all those who trained in this region from Inveraillort in the far West, around Inveraray and the islands and of course especially here at Achnacarry Castle. With the introduction of a new style training regime, boys were turned into tough fighting men, fully resourced and equipped for D-Day and the Liberation of Europe.

Before the Invasion, there was loss of life in practice landings where live ammunition was often used. Then in Normandy, the Low Countries and into Germany there were many more who made the ultimate sacrifice. These hills and shores felt the boots of British, Canadians, Americans, Polish, French, Dutch, Czech, Norwegian and others who joined the allied cause. This special training, combined with the courage and determination of the Commandos, made a major contribution to the ultimate triumph and Liberation.

My father was one of 25,000 men trained at Achnacarry and I am delighted to see his friend, Pat Churchill here today – another former pupil of what they then knew as ‘Commando Castle’.

As a boy, I remember my father telling me about his days here and the great friends he made amongst the heilans. With pride I told my friends at school that my Dad landed on Sword Beach with Shimmi Lovat and together they chased the Germans away. When my father spoke of his time here, I saw the happiness at his recollection of friends and comrades but also the deep sadness as he no doubt thought of those friends hed lost.

A few days before he died my father spoke about the Statue being prepared for its place on Sword Beach. He was always insistent the statue must be accurate and mainly that it must be for all Normandy Veterans. He asked me if I thought many Pipers would attend that unveiling ceremony. I answered that I felt sure there would be many in fact on the day on June 2013 there were over 400 but Dad then wistfully looked at me and said but there wont be a Millin Piper. So I promised that I would do my best to play at that ceremony, just as I will shortly play at this one. 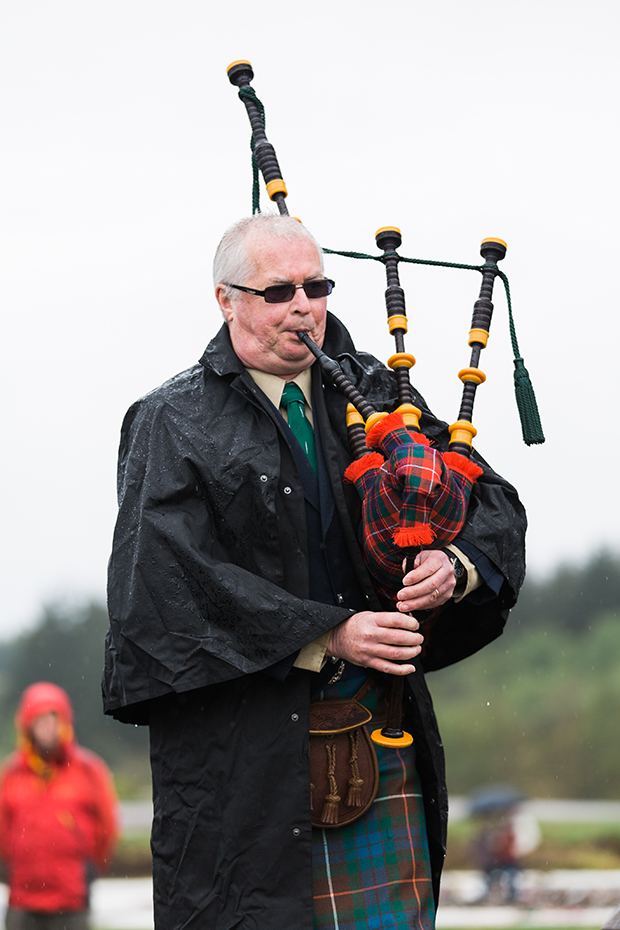 We are also here to begin a journey. Named as the Millin-Montgomery Pipes this replica set of wartime bagpipes has been manufactured here in Scotland in 2014 specifically for this Remembrance Voyage. As a symbol of all those trained here in the Highlands and all who took part in the Normandy Landings, the Pipes will make the same journey made by my father down to Portsmouth and onward to Sword Beach. I will meet these Pipes again in four weeks time when I shall have the honour to play them for 60 Normandy Veterans as they set off for France. This will be the largest group of veterans assembled in the United Kingdom for this milestone anniversary. On 6th June, in the company of a group of Sword Beach veterans, we will present the Pipes to the people of Colleville-Montgomery, exactly 70 years after the Landings.

For me and on behalf of my father I am especially honoured to be in company of Lochiel today. My fathers kilt and pipes were those of a Cameron Highlander so it is fitting to make this tribute in the presence of his Chief. It is a further honour for me to play these Pipes today for my father and for all his Achnacarry friends and comrades. I ask only for your understanding that I dont consider myself a skilled Piper, but I play from the heart. 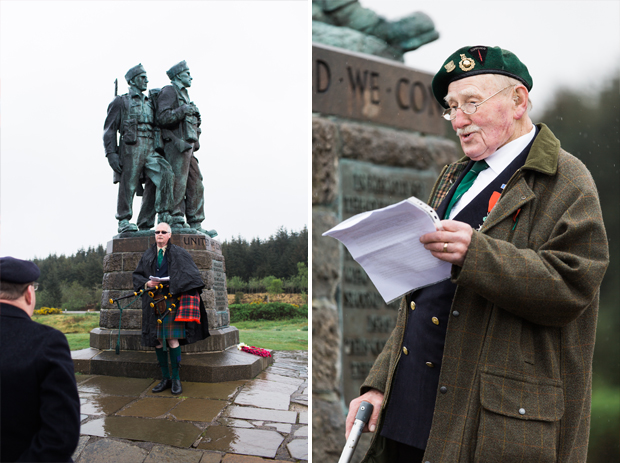 Also present was Patrick Churchill, a Normandy Veteran who had trained at Achnacarry and subsequently landed on Juno Beach during the early morning of D-Day 6th June. Pat served with the Royal Marine Commandos and had made the long journey from his home in Witney, Oxfordshire to be at this ceremony. Pat spoke of his friendship with Piper Bill Millin and how meaningful this Highland Region is to all those who trained here.

Despite the pouring rain, the ceremony went well, with wreaths laid on behalf of the Royal British Legion (Scotland) and the Commando Veterans Association. As the Group paid its last respects to the Memorial, a patch in the sky cleared sufficiently to get a glimpse of the snow covered Ben Nevis, a towering presence across the region. 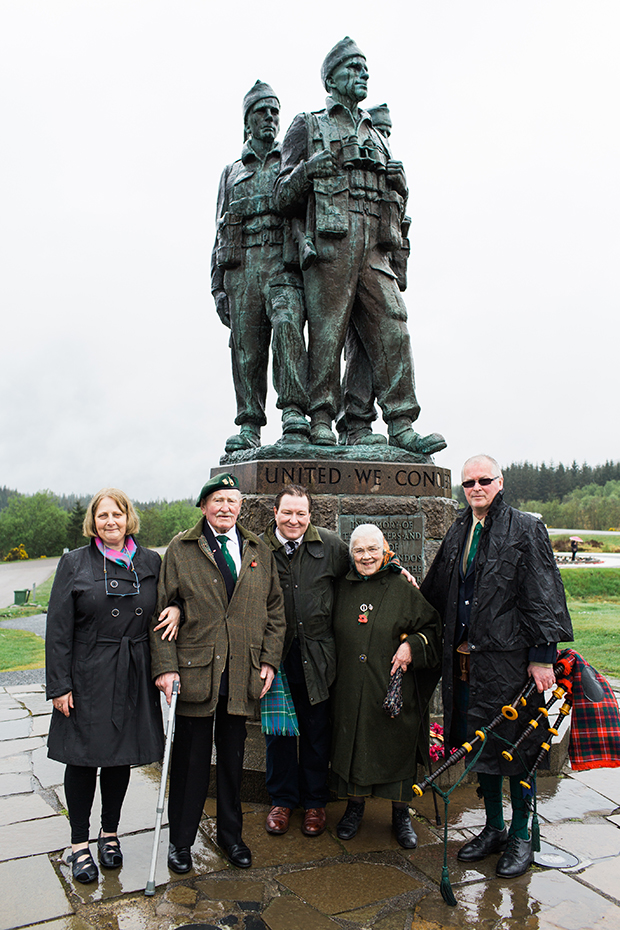 Donald Cameron of Lochiel generously invited all those in attendance to accompany him in a visit to Achnacarry House.

On arrival members of the party were offered refreshments followed by a guided tour of the ground floor rooms. Of all those present, this was a special experience for John Millin; to know that his father had spent so much time here. During the period of 1942-45 when the Commandos had taken over, of course the castle was for officers only. As a member of the training staff and later as Lord Lovats Piper, Bill Millin was often in the castle. 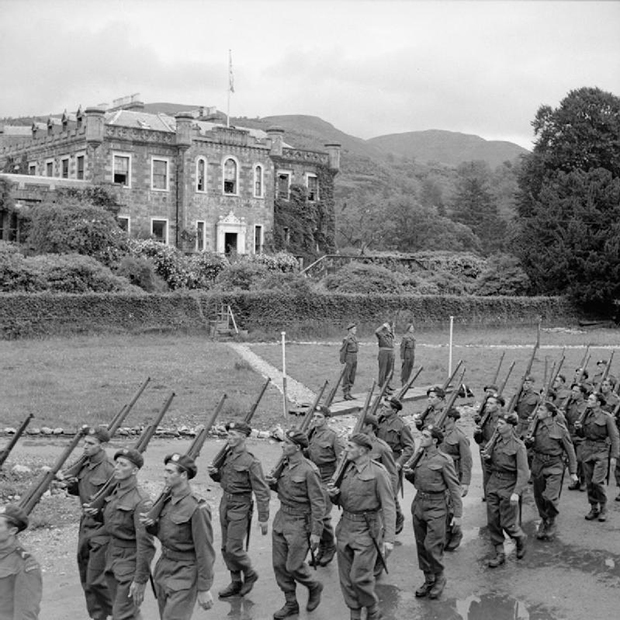 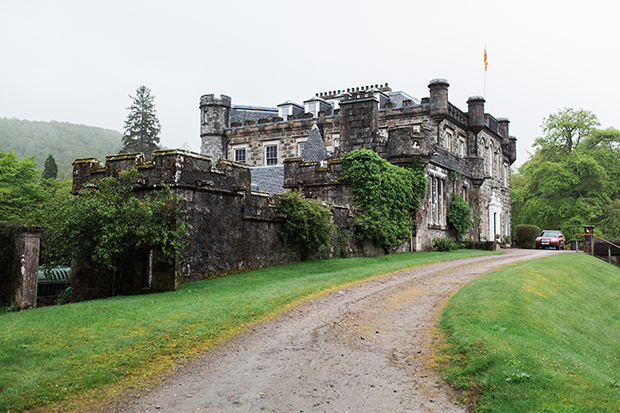 There are a number of publications which strive to tell the story of Commando training in the Highlands; recommended is Castle Commando by Donald Gilchrist, available from the West Highland Museum. After the ceremony at Spean Bridge, this was undoubtedly the place to commence this anniversary tribute voyage. One line is often repeated in this book; a comment expressed by so many of the Commandos who trained here: It always rains at Achnacarry.

Set in the harsh surrounding terrain where two lochs join, Achnacarry was clearly the ideal location for this new regime of training where boys were turned into fighting men, or returned to Unit. With widespread use of live ammunition, training here was fierce and uncompromising. Gilchrists book begins with a description of Lovats Commandos in the Raid on Dieppe. After the beach assault and running forward in the face of intense mortar fire and machine gun tracer bullets whizzing past at about head height, one of the private soldiers was heard to shout out: !*%$#…this is nearly as bad as Achnacarry! 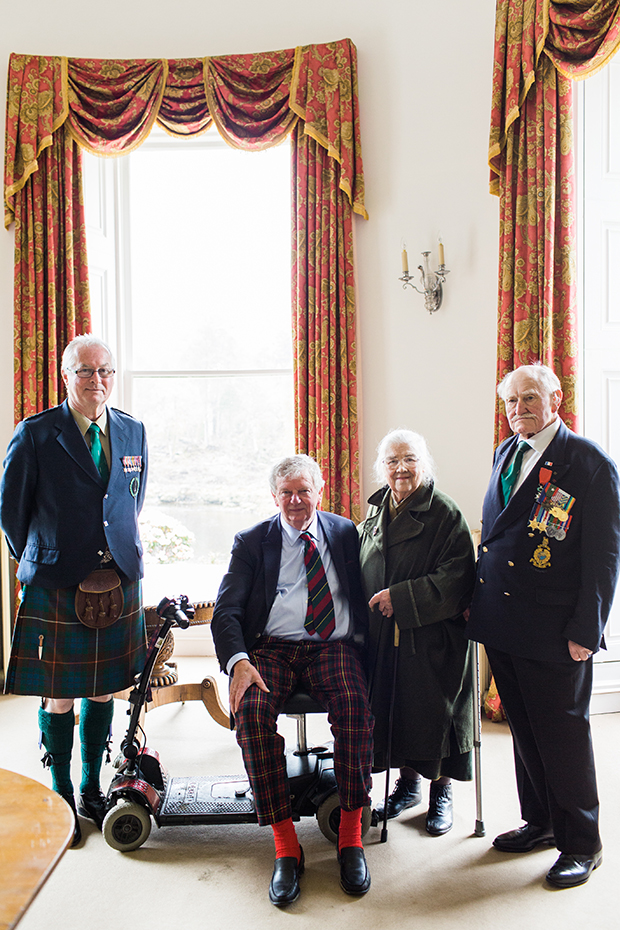 During our exciting visit and tour, Lochiel pointed out that his Castle had been burned down twice by the English: firstly after Culloden in 1746, then in 1944 by the Commandos. Although once again a comfortable family home, the castle had clearly been at the centre of history. 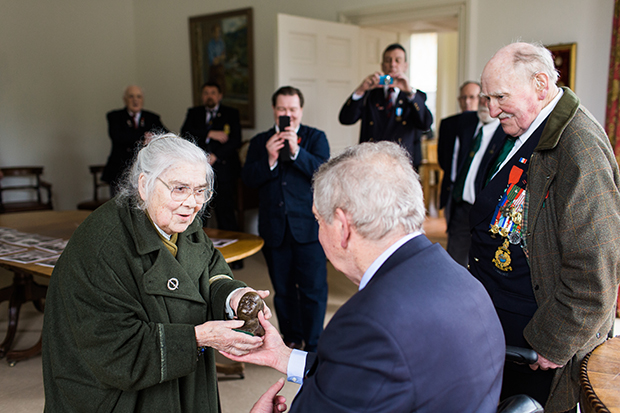 As an Achnacarry trainee and formerly of 4 Commando French Troop, Patrick Churchill and his wife Karin presented Lochiel with a crafted bust of Winston Churchill. Patrick explained to Lochiel that although he had trained at Achnacarry, he had never been inside the house; he said to do so seventy years later was indeed a moving experience.

To read the next chapter in the tale of the Millin-Montgomery Voyage click here:
CHAPTER 3. Voyage Launch at Fort William