On the 26th of May D-Day Revisited helped a small contingent of 8 Normandy veterans to attend The Not Forgotten Association annual Garden Party at Buckingham Palace. The NFA was established in 1919 by American Soprano singer, Marta Cunningham, who was shocked to discover that there were thousands of wounded and lonely servicemen still in hospitals up and down the country.

With the support and encouragement of the Royal Family, the charity held its first Garden Party at Buckingham Palace in August 1920. Marta and her friends also invited these men out for afternoon tea and entertainment to alleviate the tedium and to give them something to which they could look forward. Continuing to address these same objectives for nearly a century, the charity has gone from strength to strength and we were thrilled to have been invited to assist our Normandy veteran friends to attend one of these grand occasions. 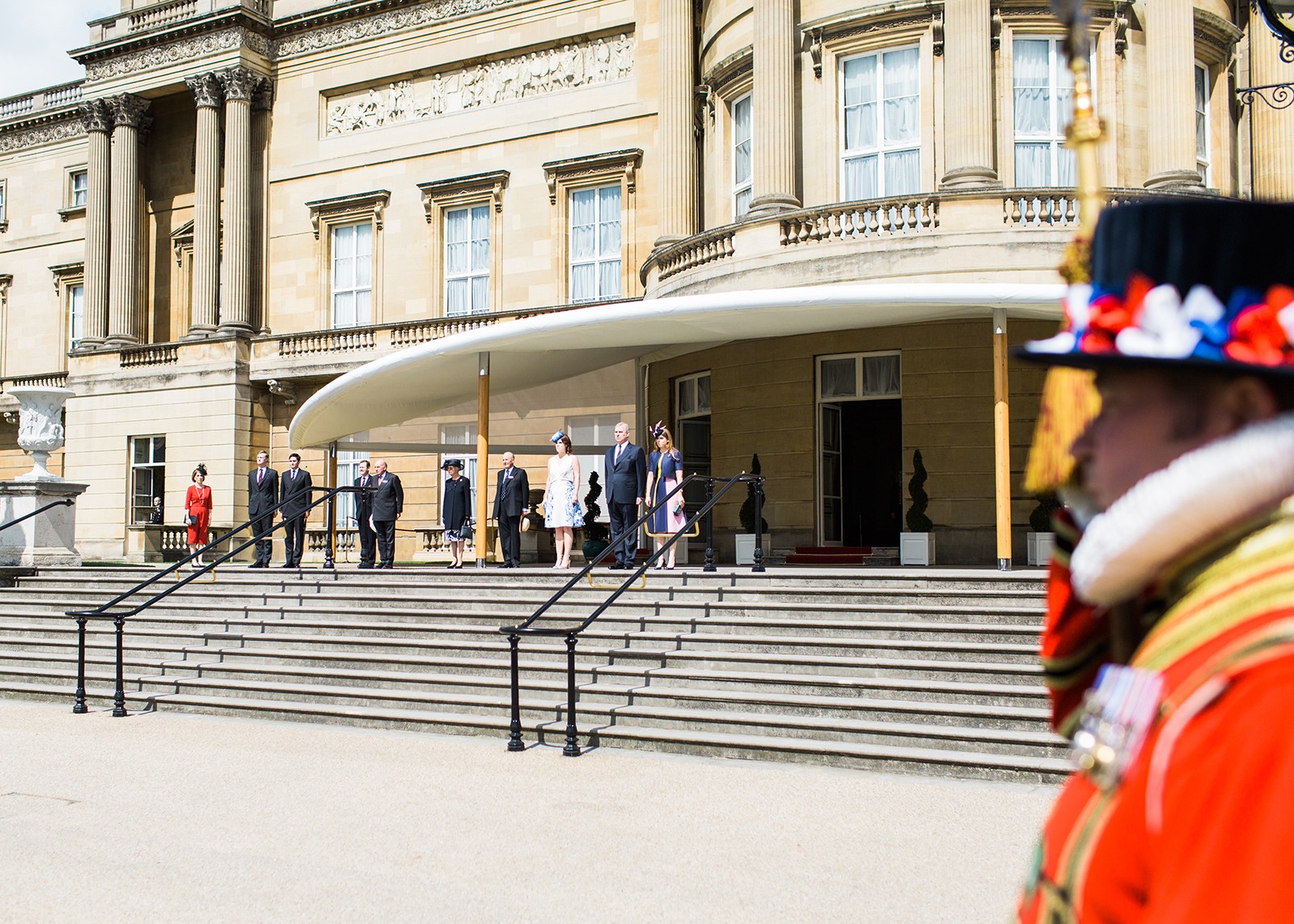 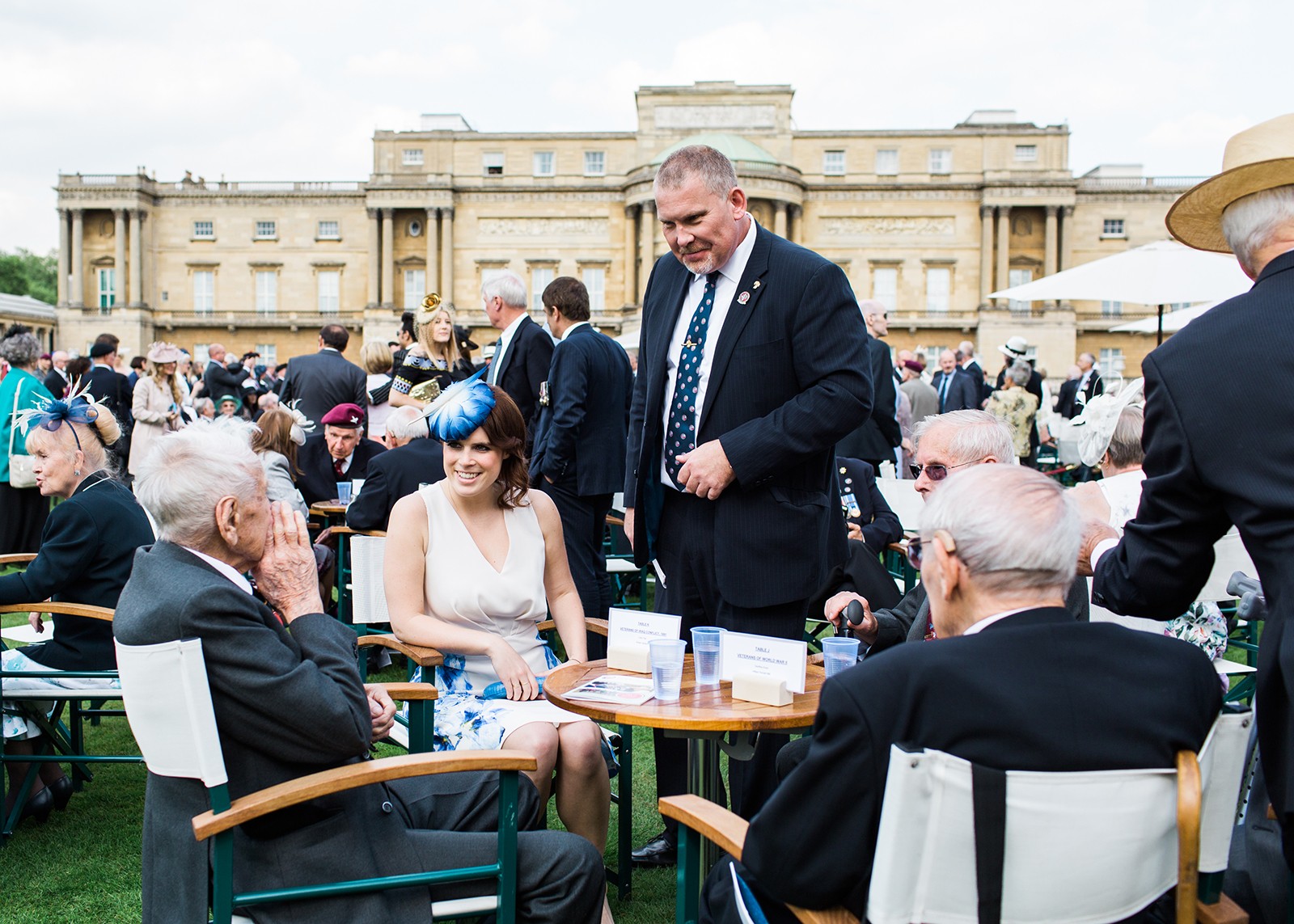 It was a warm and dry afternoon in London and everyone very much enjoyed the fantastic selection of tea, sandwiches and cakes! For most it was their first visit to Buckingham Palace and for many it was the first time they had visited London in some decades. Tony & Jane Huntbach told us they felt very honoured to have had the opportunity to enjoy such a “once in a lifetime experience”. 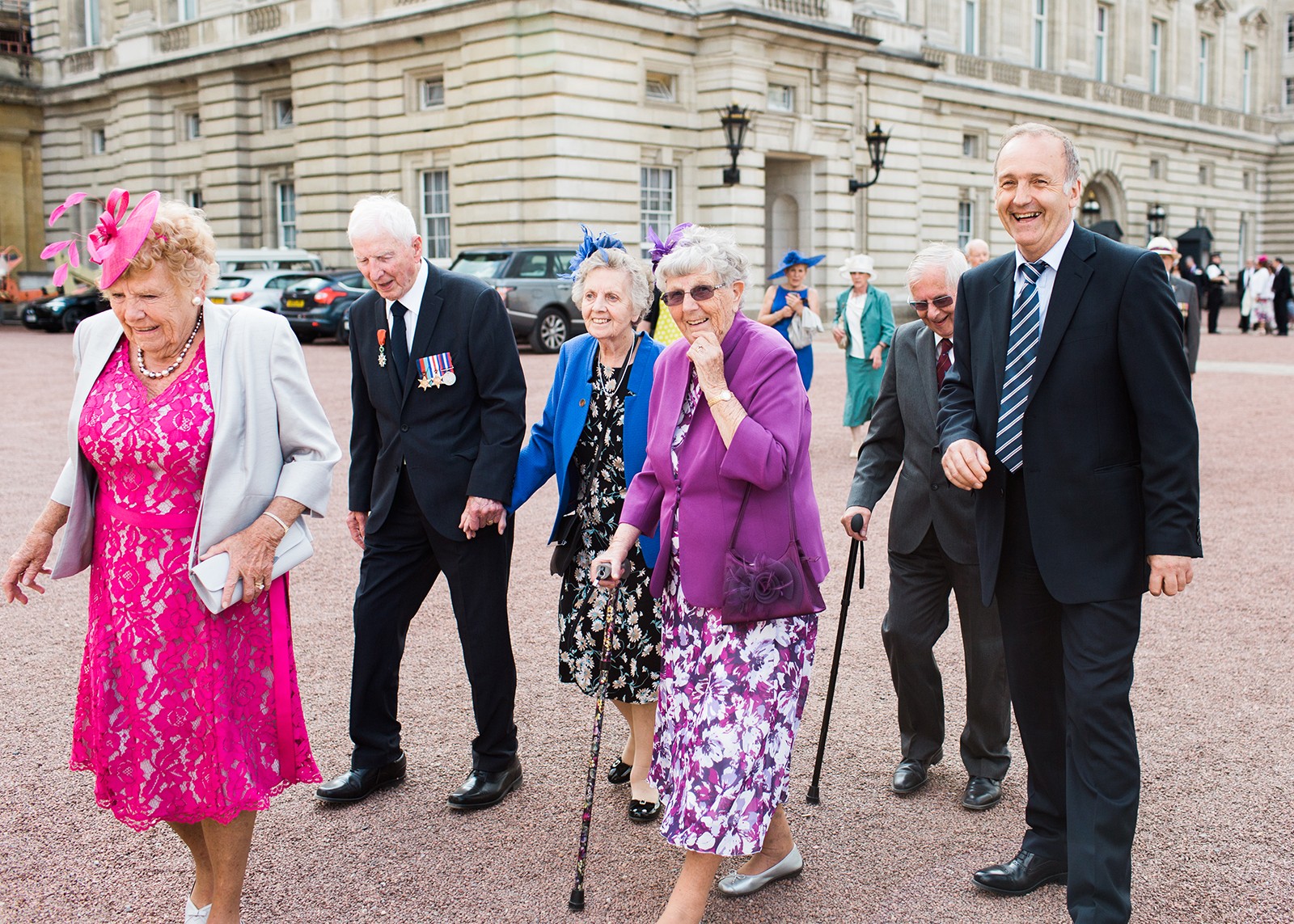 Smiles all round after a happy afternoon at the Palace

Following a great afternoon, the group returned to the Grosvenor Hotel for a relaxed evening meal together and overnight before heading home the next morning.

Our thanks go to the Not Forgotten Association for kindly extending the invitation to this marvellous event.