In the warm, late afternoon sunshine of May 1st 1941, the Heinkel bombers of Hitlers mighty Luftwaffe took to the skies once more. This time their target was the city of Liverpool. Just hours later at 10:15pm the first bomb fell on Wallasey and the air raid sirens began to wail.

This wasnt the first time Liverpool had been targeted during the Blitz, but nobody could have foreseen this would be the start of seven days intensive bombing designed to destroy Liverpools docks and crush the spirit of her people. What would forever be remembered as the “May Blitz” was about to begin.

Out of all the terror and senseless destruction which ensued, the spirit of the blitz emerged. It has gone down in history as a spirit of straightforward stoic courage and endurance: a refusal by the people of Britain to collapse into the hysteria or madness expected by their enemy.

“I see the damage done by the enemy attacks… but I also see the spirit of an unconquered people.”
British Prime Minister Winston Churchill, May 1941 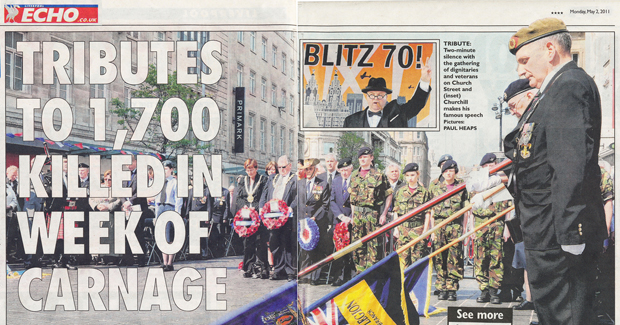 2011 marked the 70th anniversary of that terrible week and so presented an opportunity for us to remember those who lost their lives as well as celebrate the enduring morale, which kept the British people going during such testing times. 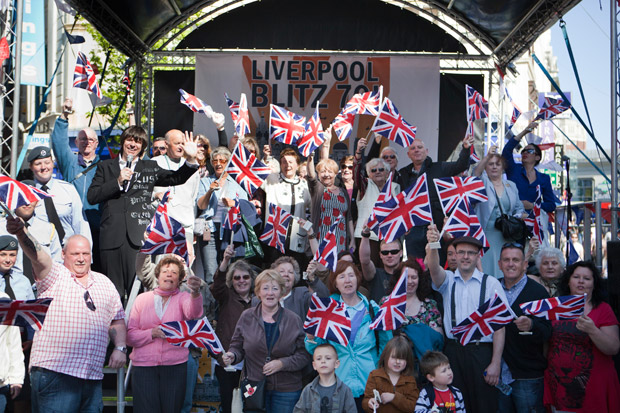 On Saturday 30th April we launched the Liverpool Blitz 70! event in the city centre, which we hope helped to spread awareness about what happened that week in 1941 as well as giving the people of Merseyside a jolly good weekend of nostalgic blitz-themed entertainment! All funds raised during the weekend were shared between two registered veterans charities; D-Day Revisited and the Royal British Legion. 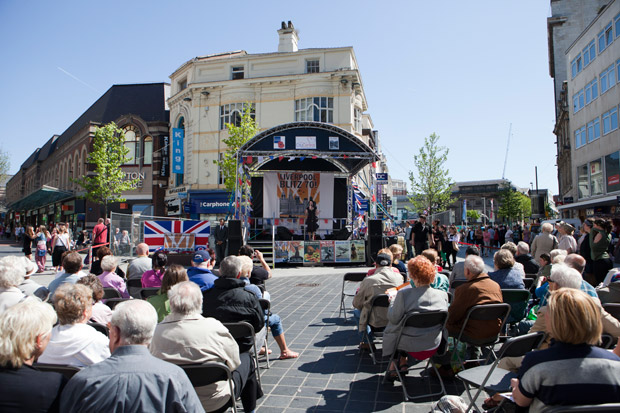 The Liverpool Blitz 70! website was established in the run up to that weekend in May and was only ever intended to be used as a vehicle to publicise the event. However, we have been surprised to find it has been adopted by people who lived through that terrible time in Liverpool. We are so pleased to see it is now used as a forum for Liverpudlians to share their memories and in some cases reunite with old friends and neighbours! It has received over a million hits since the event took place and we intend to keep it running as a small tribute to all those who lost their lives during the bombing of Liverpool.

If you lived through that period in Liverpool’s history and would like to share your story on the Liverpool Blitz 70! website please get in touch with us and we’ll be very happy to post it for you.