30th April was a big day for the MASB 27 Restoration project!  Two out of three bespoke Cummins engines arrived on site ready to be installed in the engine room.

Although we have constraints of modern compliance, our aim in this restoration is always for authenticity. The wartime engine room of MASB 27 was filled with three Napier W12 petrol engines, known as “Sea Lions”. These were marinised aircraft engines from an original 1917 design, very compact in geometry featuring three banks of 4 cylinders in what was called an “arrowhead” formation. With a swept volume of 24 litres, each engine produced a maximum of 550 horsepower. 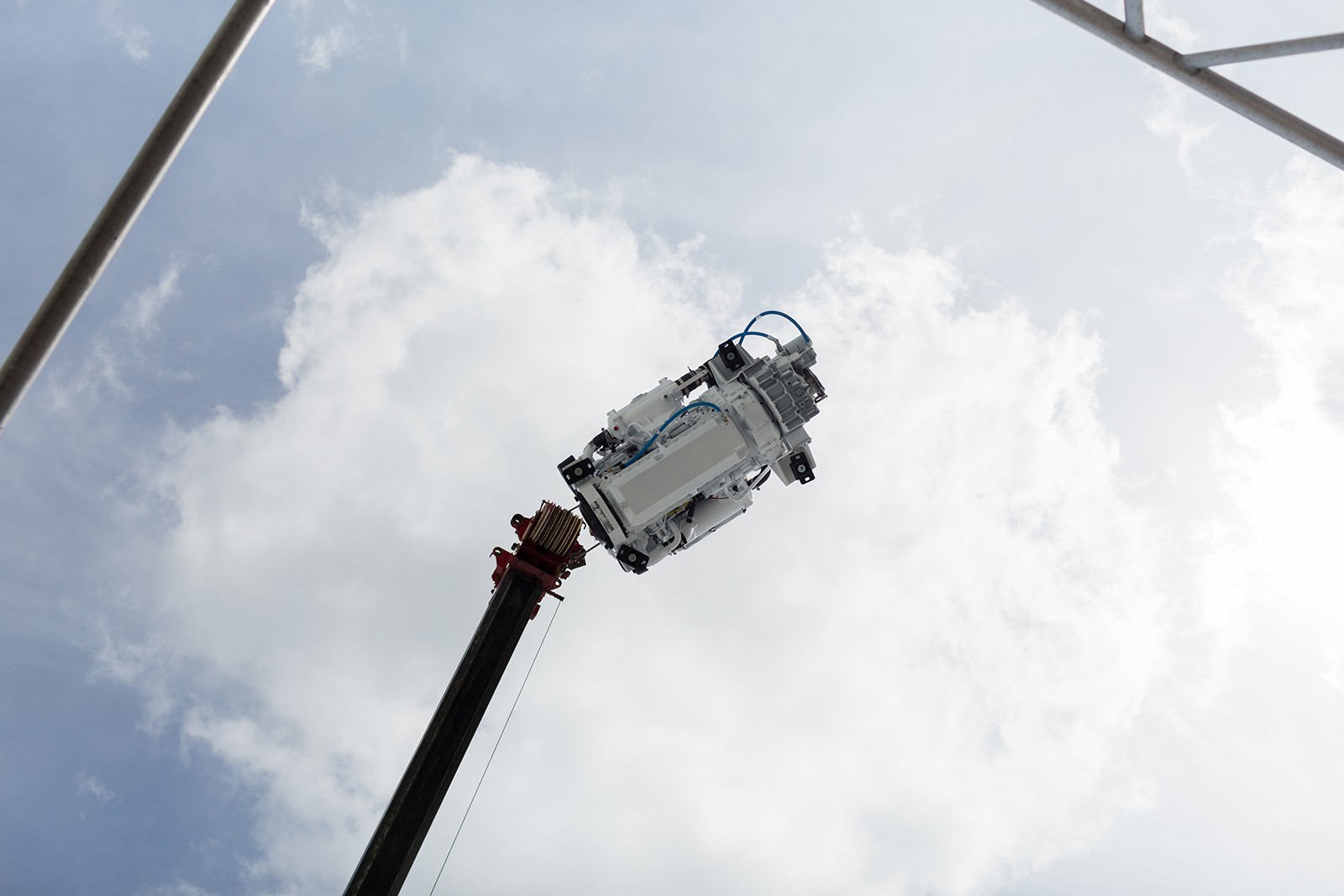 The engines had to fly high at about 50 ft, before being slowly lowered through a prepared hole in the boathouse roof

In replicating these engines, we turned to turbo-diesels for safety, reliability and fuel efficiency. Cummins were pleased to offer a version of one of their marine engines which could be tuned to exactly the same power output: 500 BHP in cruise, with short period maximum power output of 550 BHP, exactly matching the Napier Sea Lion. D-Day Revisited Chairman, John Phipps, enjoyed a tour of the Cummins Darlington factory and was pleased to see MASB 27’s engines would be fittingly made in England. The Cummins units are a simpler ‘straight six’, at 6.7 litres almost a quarter of the volume of the wartime Napiers… happily much less thirsty!

Actually, for those interested in fuel consumption, the Napiers could typically run at 6 gallons per mile. Although difficult to measure at this early stage, a fair estate of diesel consumption is likely to be a sixth of this. Accordingly, instead of carrying over 2000 gallons on board, we can store up to 575 gallons in three tanks which are situated under the wheelhouse floor. 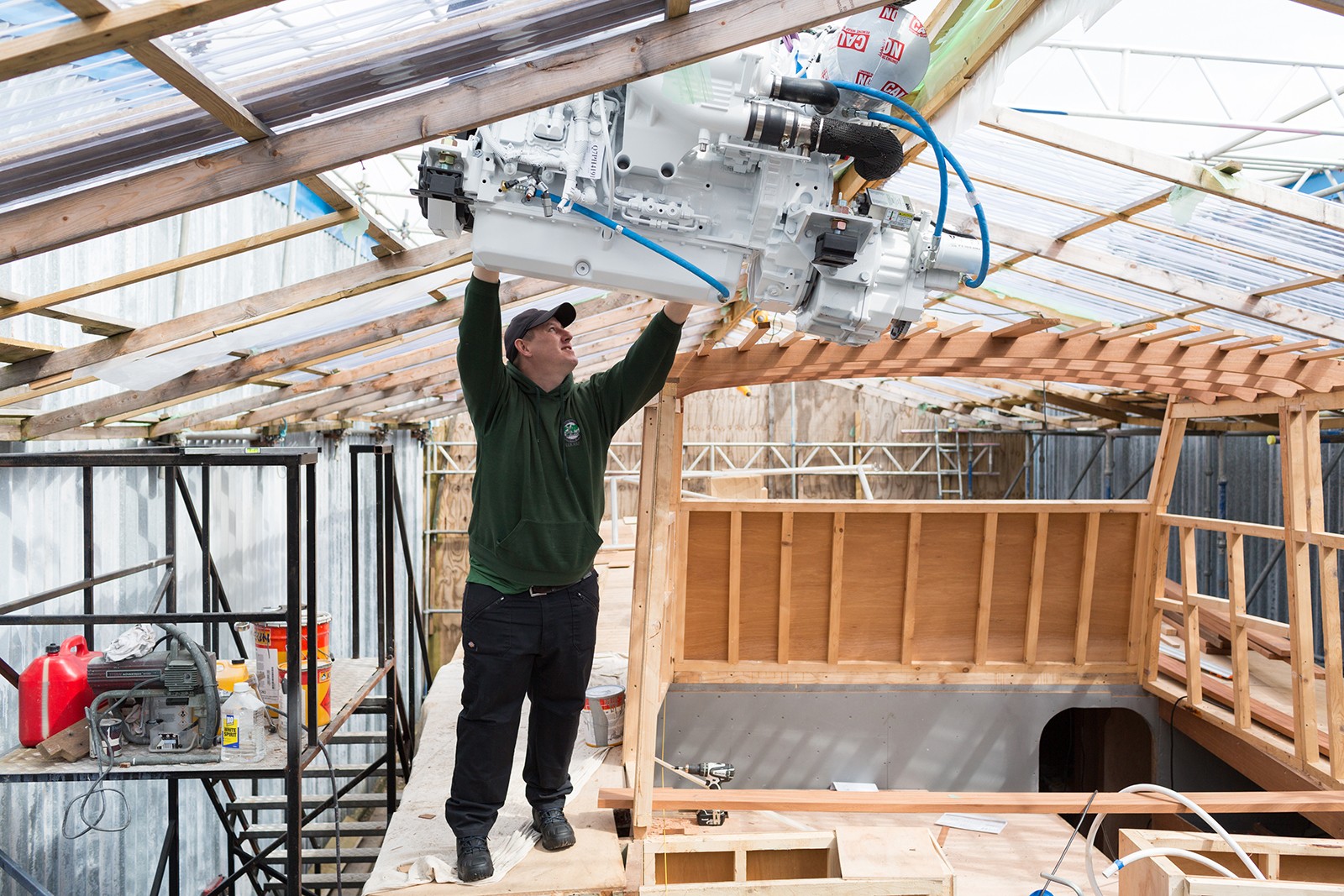 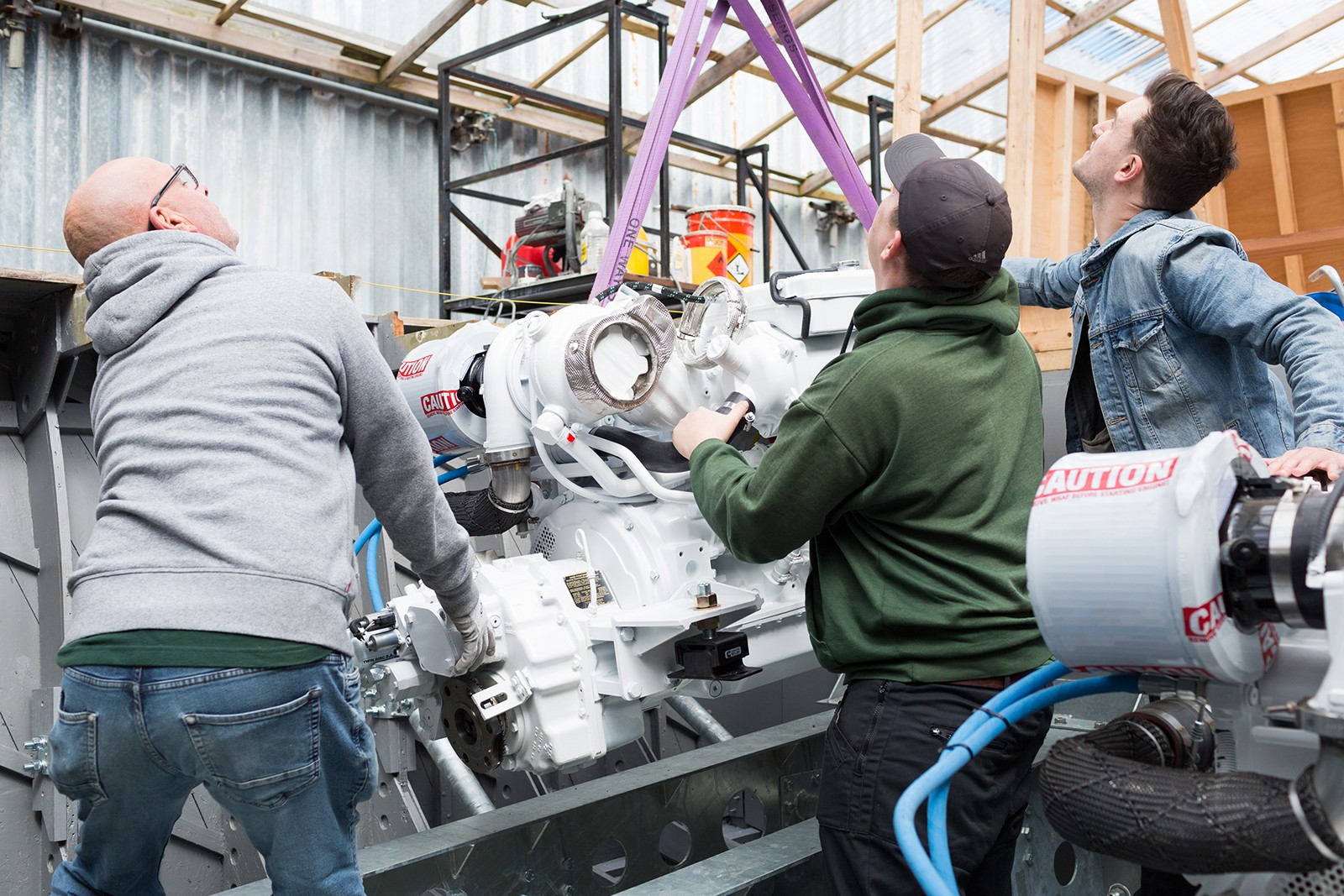 Lee Mottrom, Lukasz Kremski and David Phipps assist as the crane lowers the second engine down

Layout in the engine room is exactly in accordance with original design. Same as the Napiers, we have two ‘wing’ engines facing aft, directly driving the propeller shafts. Historically, there was insufficient width in the beam for the mid engine to be set in the same line. To cope with this restriction, the mid engine faced forward and operated through a V drive. We’ve done precisely the same, using an integrated V drive supplied by Twin Disc of Wisconsin.

It is interesting to note that original engine mountings were all timber, using composite beams. The engineers at Cummins strongly advised steel beams for engine mounts, worried about the higher torque of their turbo-diesels. We duly complied, designing bespoke, castellated and galvanised mild steel beams, all interlocked so that mounting structures bind into the hull structure both laterally and longitudinally.

D-Day Revisited committee member and Royal Navy Veteran, Richard Llewellyn, and his partner Elly stopped by to watch the engines being installed.

Richard commented the engine room in HMS Ajax was a little bigger!