John Everiss tells the story of the creation of the ‘D-Day 75 Garden’, from the statues of soldiers past and present to the Lancashire potters who are volunteering to make 2500 ceramic ‘sea thrift’ plants which have become an emblem for the project.

John is busy welding tens of thousands of washers into figures of young men stepping on to the shores of occupied France; weighed down by their kit and having to negotiate waves, shell holes and enemy fire just to survive those first few minutes and make it on to the beach.  Meanwhile Thompson Dagnall has begun beating a 5 ton piece of stone into the form of D-Day veteran Bill Pendell MM. 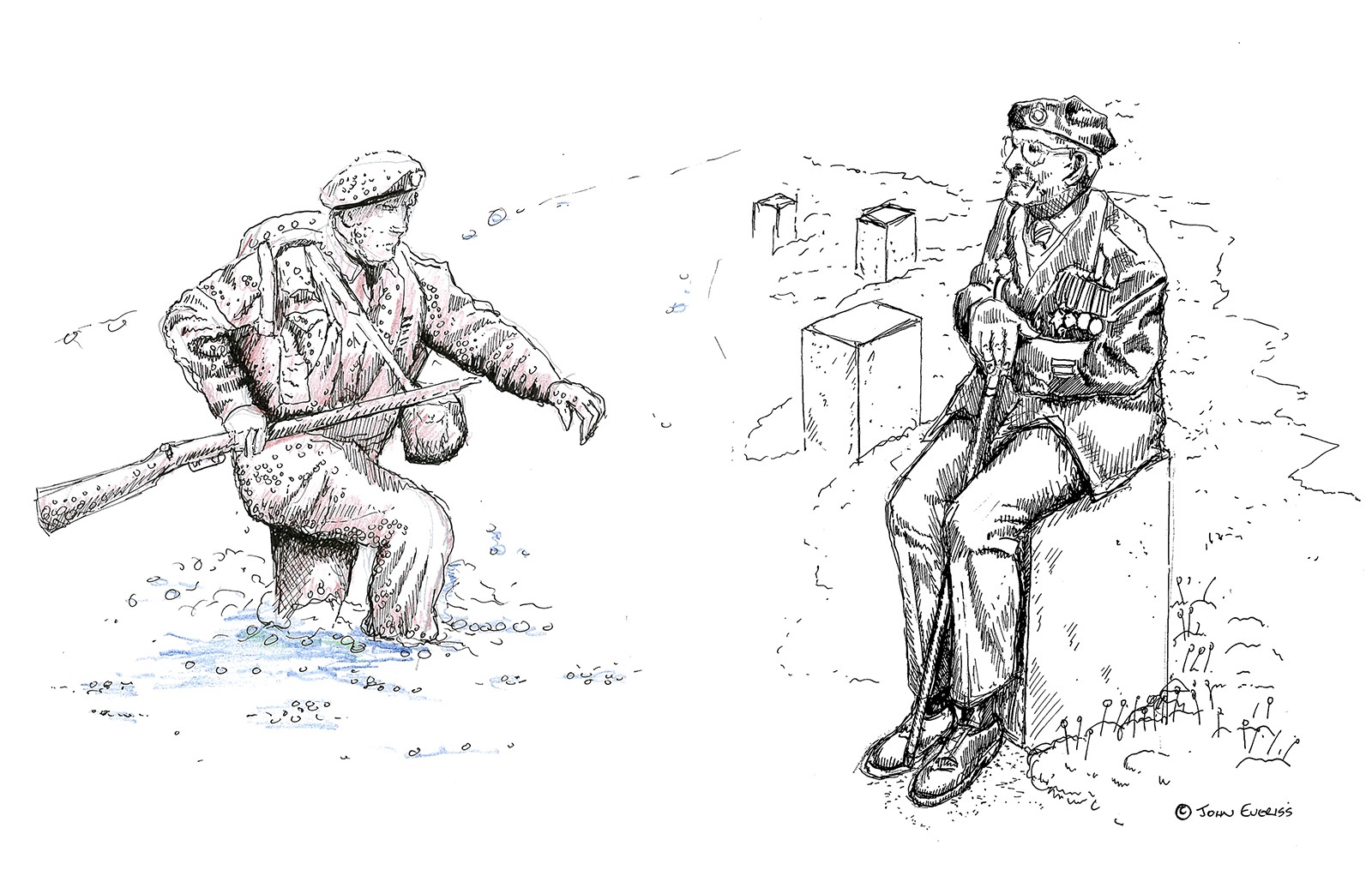 Since Bill sadly passed away in December, Thompson is using photographs as well as scanned images of a younger man wearing Bill’s blazer and medals to inform the shape of the statue.

He was keen that the statue of Bill adopted an animated posture; engaging with the memory of his younger self as he landed on the beaches in June 1944.  During the scanning process the sculptor positioned the model so that he appeared eager to talk to the young soldier before him, “…almost getting off his seat.”

It is this idea of imagining what it must feel like for our elderly Normandy veterans to bridge the 75 year gap and explore their wartime memories, which epitomises what the ‘D-Day 75 Garden’ is all about.