Having had such a fun and memorable day at the 2014 Goodwood Revival a year earlier, we were thrilled to be invited to bring 21 Normandy veterans back to the Revival in September 2015!

At 10am on Saturday 12th September we set off for Southampton Eastleigh where we stayed overnight at a very comfortable Premier Inn. We arrived at the Goodwood site bright and early the following morning, ready to kickstart the visit with a short trip on a charming vintage routemaster bus! The weather was overcast but dry and everyone was looking forward to the day ahead. 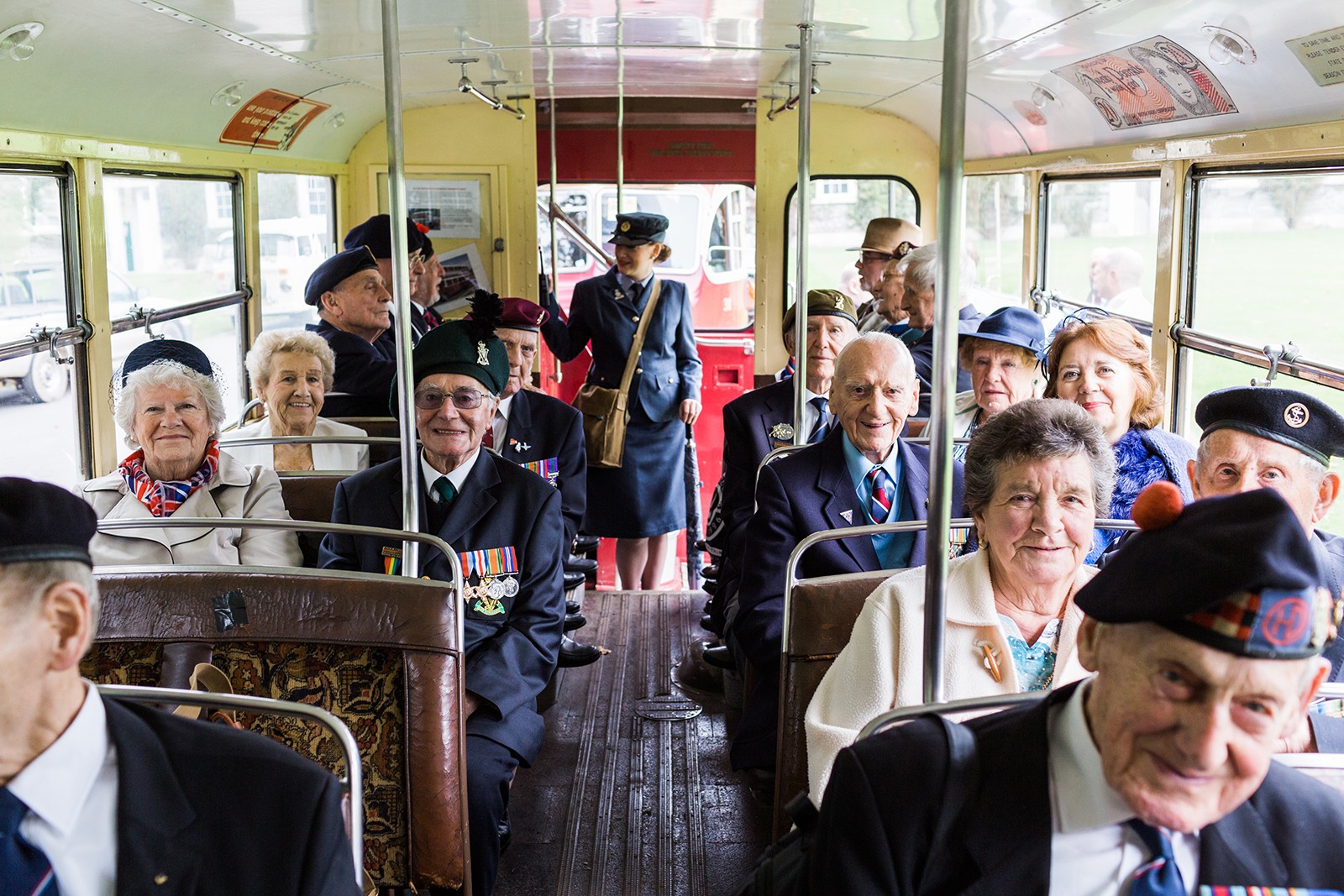 The whole group tucked into a delicious breakfast at the Pilot’s Club in the Freddie March Aviation area. It wasn’t long before the Candy Girls paid a visit to their old friends and sang a few familiar wartime numbers in their honour! 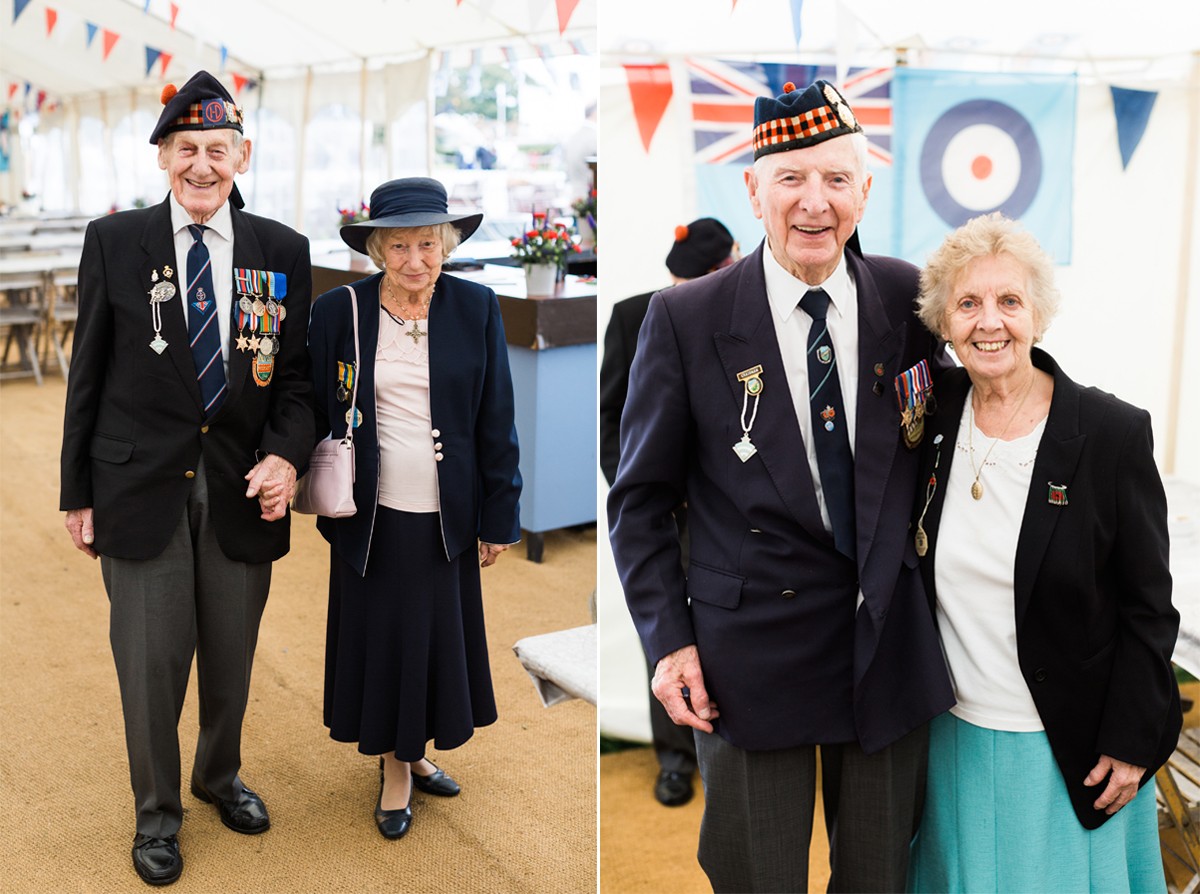 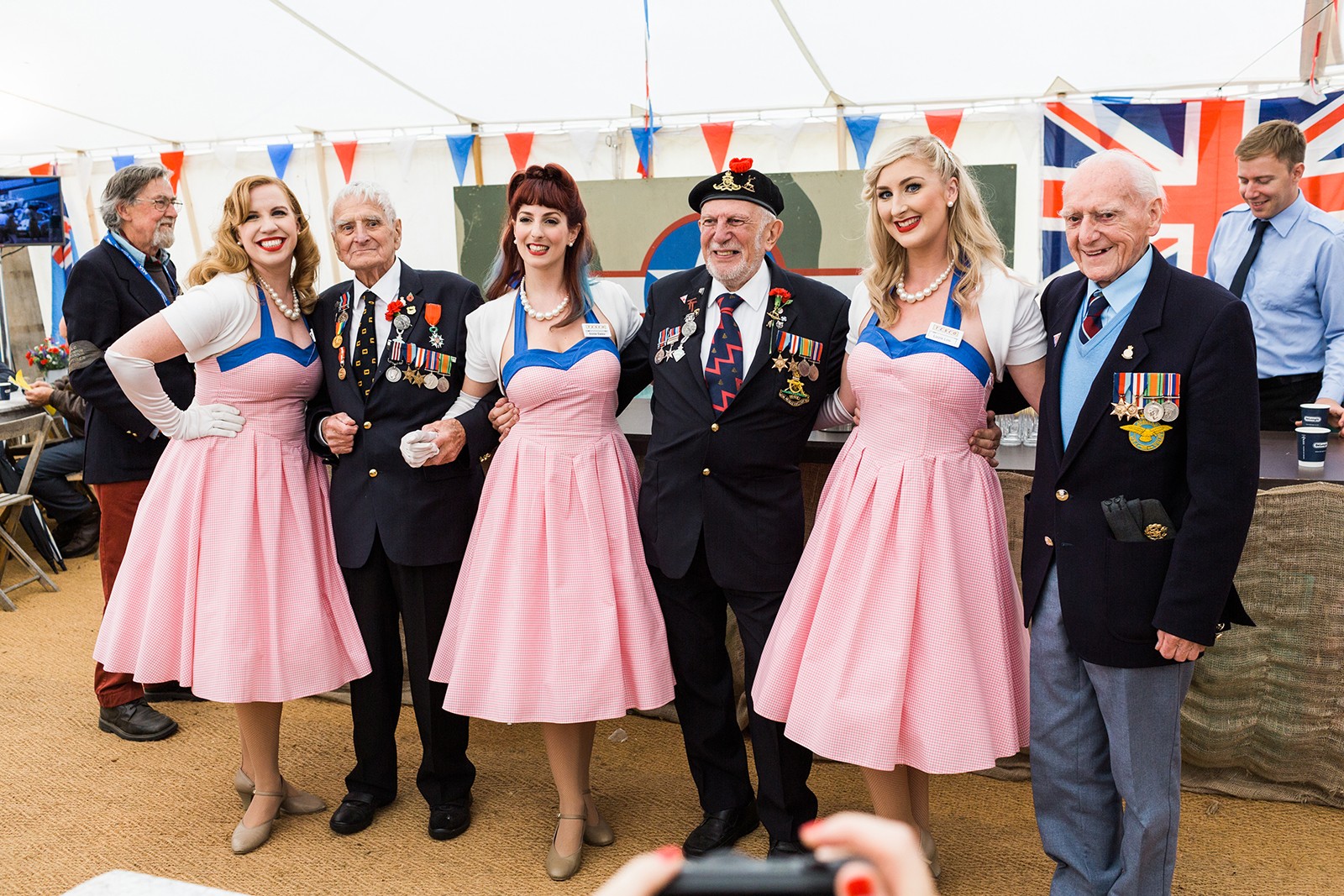 The veterans and their companions had a couple of hours to explore the event at their leisure before their ‘moment’ on the race track. Some visited the Veuve Cliquot tent to partake in a spot of jive which was fantastic… we were very impressed by their skills! 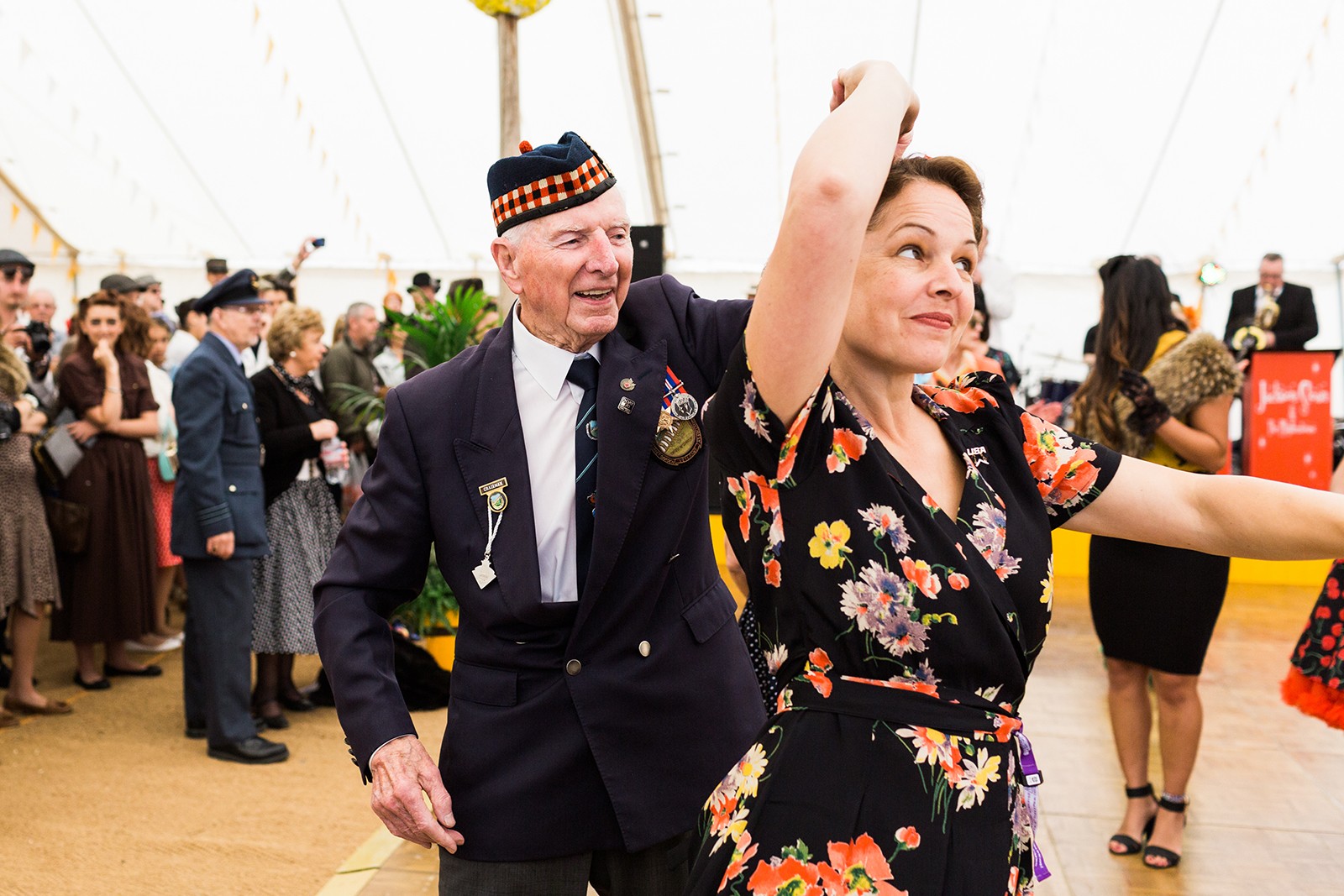 Veteran Bob Laverty “teaching the youngsters” how to jive!

Similarly to the previous year the veterans were invited to hop on board their own WWII Jeep and be chauffeur-driven to the area of race track in front of the main grandstand where Lord March addressed the crowds. The ladies were all accompanied into the pit area so they could have front row seats of the spectacle! 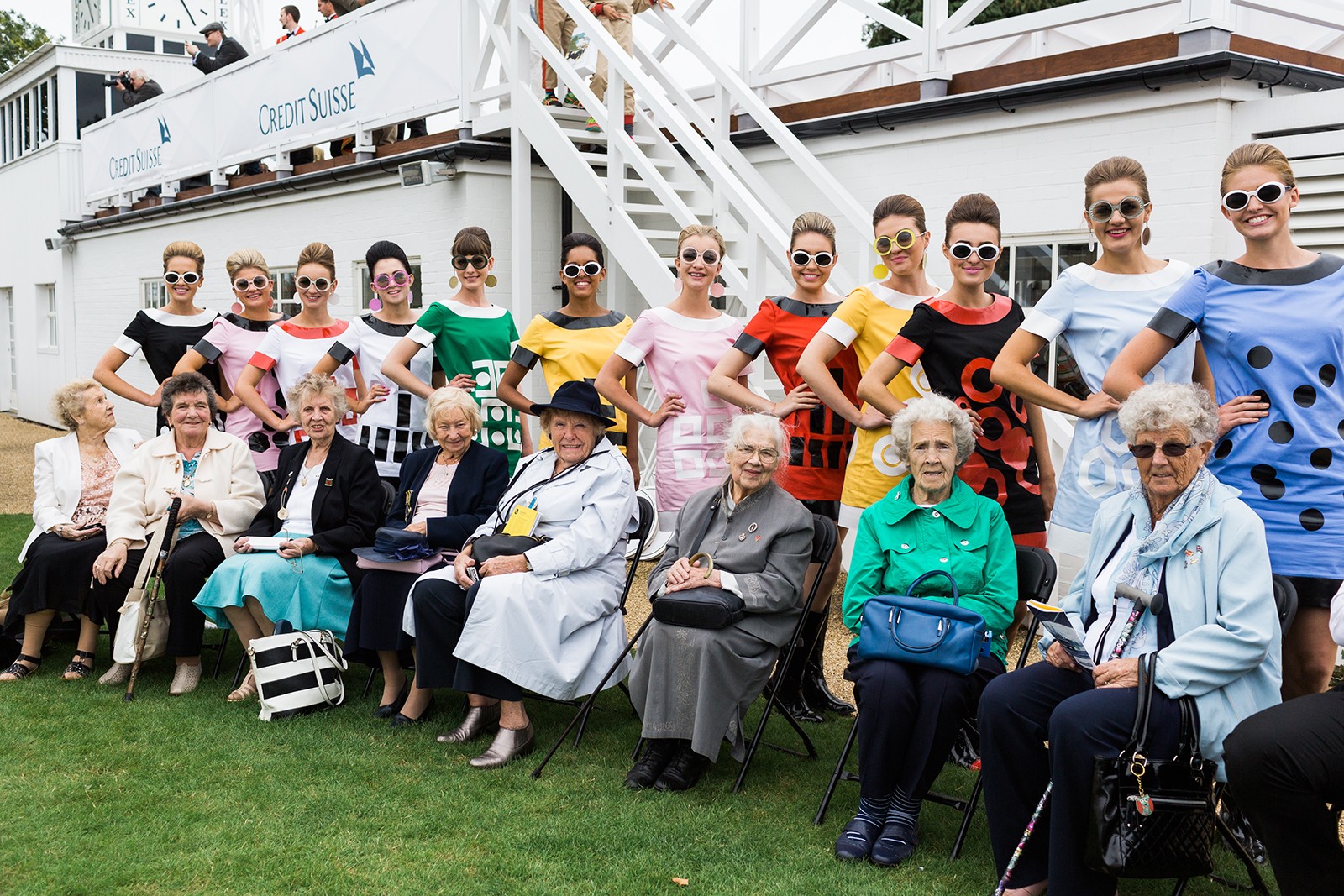 2015 marked the 75th anniversary of the Battle of Britain and so the guest of honour on the track was Spitfire Pilot Tom Neil, who led the parade in a Humber Staff Car followed by a full marching band and a group of RAF Cadets bearing Union Flag standards. 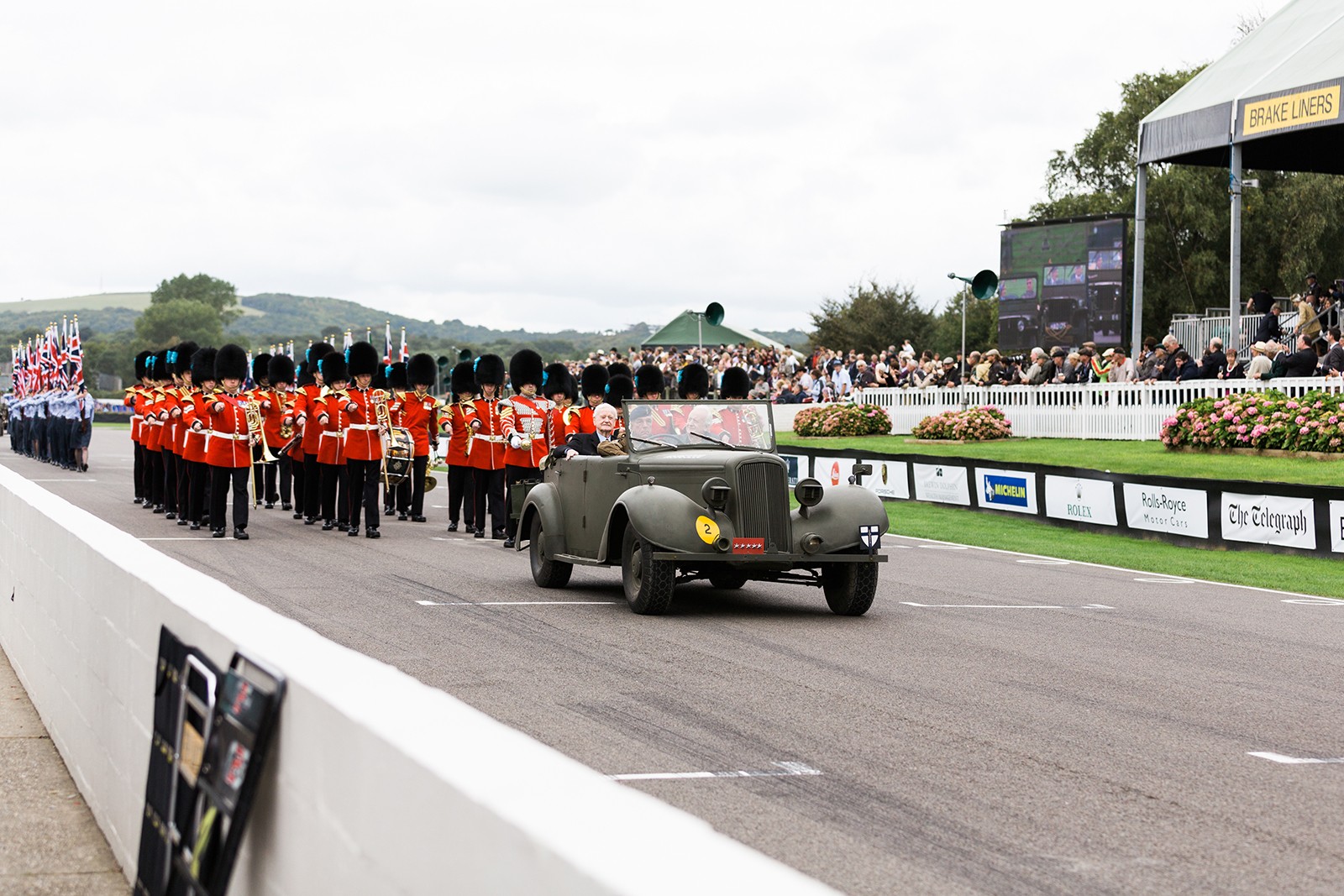 Following closely behind were our Normandy veterans beaming and waving at the applauding crowds on either side of the track. Just as Lord March finished his speech a cluster of iconic WWII planes from the Battle of Britain Memorial Flight flew by overhead. 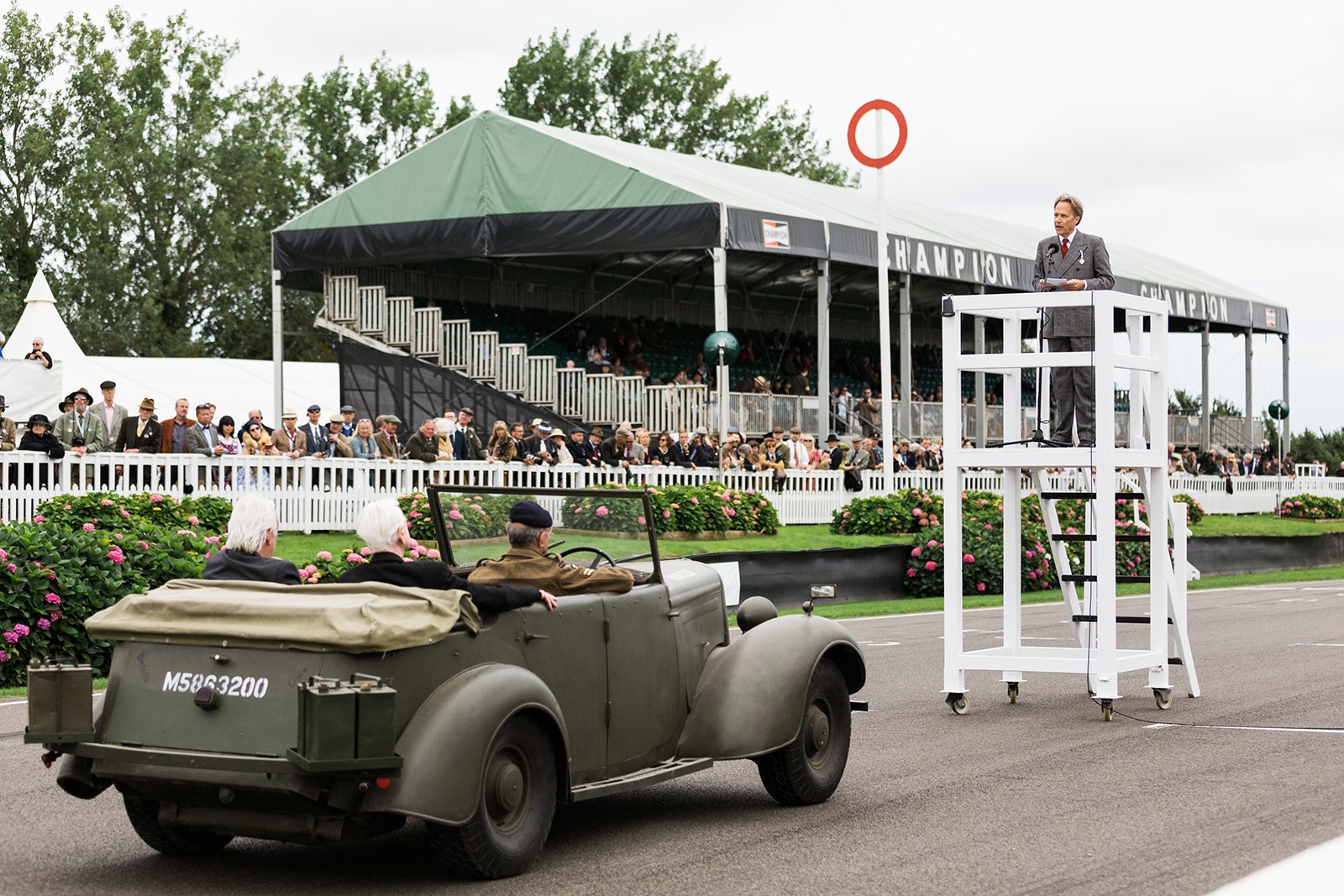 Once all the excitement of their ‘moment’ on the race track was over, everyone returned to the Pilot’s Club for a generous afternoon tea! The sun came out towards the end of the day and we managed to grab this picture of all the gang together just before we all headed back to our coach. 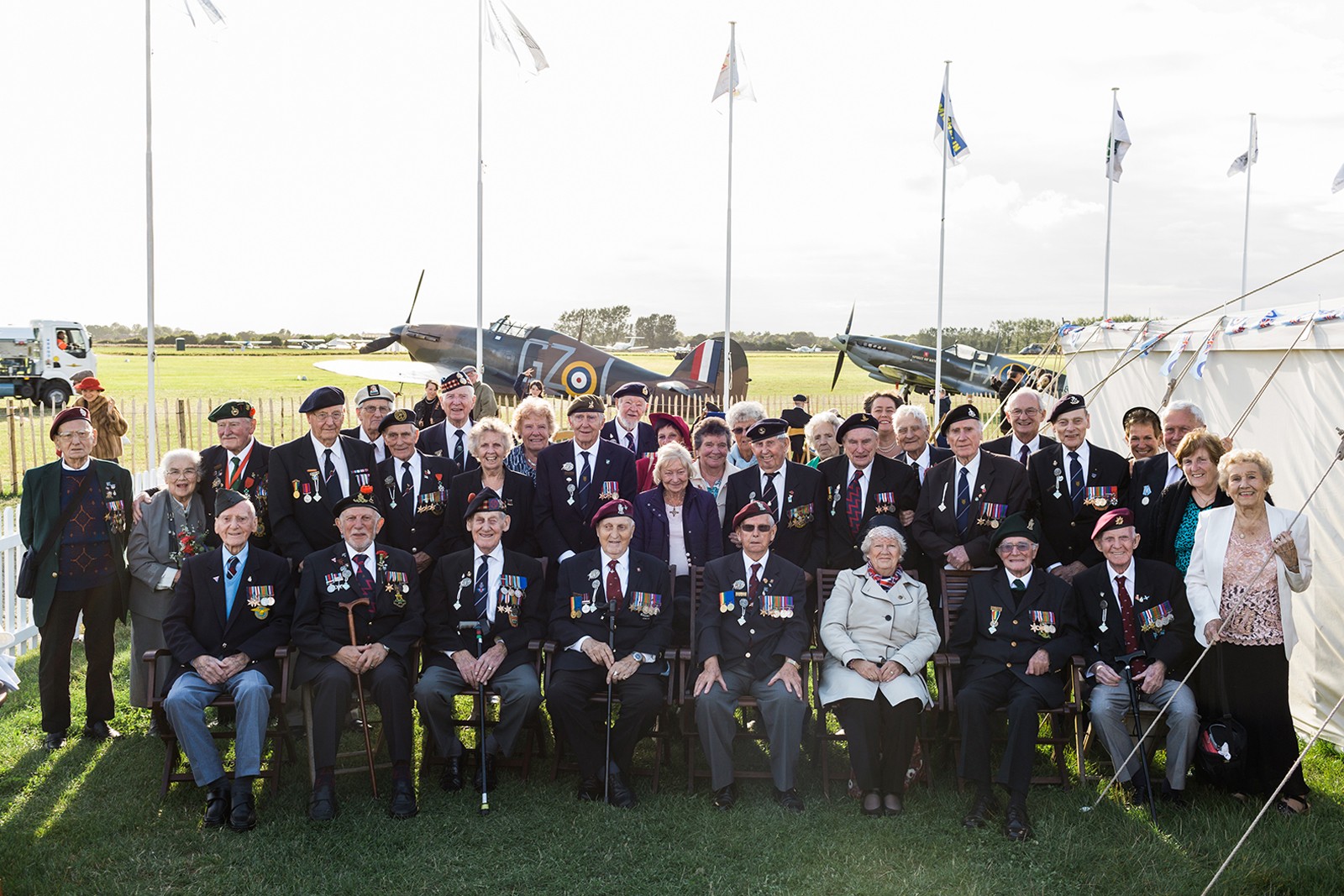 The gang at the end of a happy day at Goodwood

Once again everyone thoroughly enjoyed their day at the Revival! We returned to our Southampton hotel for a relaxed evening, before making the journey home after breakfast the following morning.