As a British Armed Forces Charity, ‘D–Day Revisited’ predominantly has British Veterans in mind. However, the history of D-Day cannot be told without due and respectful reference to the huge American contribution. Just for a moment ignoring the before and the after…US troops landing on OMAHA beach were to suffer the most severe casualties of that Day.

Once again, in this forum of ‘Planning & Preparation’ it is not possible to do justice to the massive contribution to the Normandy Landings made by the people of the United States of America. Well before the mass wake-up call of Pearl Harbor, American people and institutions saw clearly where their interests and loyalties lay. Despite years of isolationism and despite influence of immigrant German speaking peoples, the growing moral instincts against Nazi power and Nazi behaviour were handled skilfully by the US President, Franklin D Roosevelt. In his radio broadcast of 29th December 1940, President Roosevelt declared that America would become “the Arsenal of Democracy”. Without military intervention, this was a call for the automotive manufacturing region of Detroit to arm and support Britain in its solitary struggle.

Happily for the free world, as the coincidence of evil came together in the Axis Powers, so this was matched by the coincidence of strong and inspiring leadership in Britain and the United States of America. When Winston Churchill came to power in May 1940, this coincided with the whole of Europe falling under Nazi domination.

Half American through his mother, Churchill knew immediately that America was an essential ally in this fight against tyranny. On 4th June 1940, Churchill spoke to the House of Commons; in this powerful and now famous speech, he made sure to include the United States in his depiction of this threat to the world, referring prophetically to scientific advances in warfare which would put North America within reach of attack from Nazi Germany. 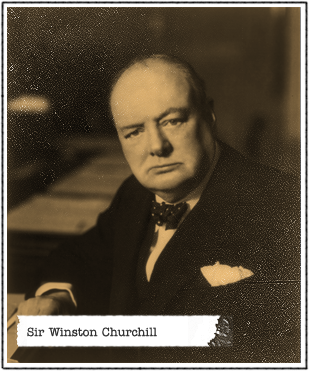 “What General Weygand called ‘The Battle of France’ is over. I expect that the Battle of Britain is about to begin. Upon this battle depends the survival of Christian civilisation; upon it depends our own British life and the long continuity of our institutions and our Empire. The whole fury and might of the enemy must very soon be turned on us now. Hitler knows that he will have to break us in this island or lose the war. If we can stand up to him, all Europe may be free and the life of the world may move forward into broad, sunlit uplands. But if we fail, then the whole world, including the United States, including all that we have known and cared for, will sink into the abyss of a new Dark Age, made more sinister, and perhaps more protracted, by the lights of perverted science. Let us therefore brace ourselves to our duties, and so bear ourselves that, if the British Empire and its Commonwealth last for a thousand years, men will still say,
‘This was their finest hour’.”

In March 1941 President Roosevelt declared that it was in the best interests of the American people to support Great Britain in its lonely war. This was the start of the Lend Lease programme which ran through the duration of the war. In simple principle, to prosecute a world war, Great Britain was allowed to run up a tab!

Soon after the United States of America entered the War, military planning began for the Second Front. In December 1941 British Prime Minister, Winston Churchill, set out on board the British Battleship HMS Duke of York to meet with President Roosevelt. At the Washington Conference in January 1942 the two World Leaders established a “Germany First” policy and agreed to form the Joint Chiefs of Staffs to co-ordinate Allied War Planning.

The luxury Cunard Liner, the Queen Mary, was requisitioned for conversion as a troopship along with her Sister ship the Queen Elizabeth. Painted in Battleship Grey and making most advantage of their extraordinary 29 knot cruising speed, the two ships became affectionately known as: “the Grey Ghosts”.

During the course of the War, the Queen Mary successfully carried nearly 1 million men across a total of 650,000 miles. Among the American divisions being prepared for the eventual Second Front was the 1st Infantry Division, most of whose members hailed from New York and New England.

The “Big Red One” was considered by many to be America's premier Army Division. In early August 1942, the entire 1st Infantry Division of over 16,000 men was crammed aboard the converted Queen Mary, and shipped from New York to Scotland, and from there by rail into southern England for more training.

The first action of US troops was the invasion of North Africa, Operation Torch. This took place in November 1942, with most military direction based in the historic British base of Gibraltar, situated at the entrance of the Mediterranean Sea. As well as being the first taste of battle for untried American troops, these landings provided first experiences of mass deployment of landing craft. Furthermore, Operation Torch was the first field command of General Dwight Eisenhower. 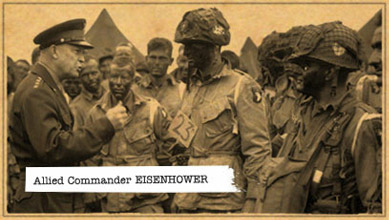 In the period running up to D-Day, one and a half million American soldiers were shipped into the British Isles. This was an invasion in itself and inevitably led to serious tensions with the resident population. To the Americans, this was a massive culture shock, especially for those who were billeted with English families.

During 1942, as the United States began its engagement in the long build up towards D-Day, 100,000 U.S. military personnel landed in Britain. Mindful of the adage, “It is always impolite to criticize your hosts; it is militarily stupid to criticize your allies”, the U.S. War Office produced a six page cultural guide in the hope of minimising clashes with the host population.

The first concern was to emphasise cautiously that the USA was a late arrival into this war, explaining that thousands of British citizens had already lost their homes in blitz bombing and that the whole Nation was involved directly in the struggle, with fierce rationing of food and most supplies.

Instructions to American Servicemen paints a portrait of a world that no longer exists, where “bloody” was the worst swear word in the English language, showing off was still referred to as “swanking” and BBC announcers wore evening dress and pronounced ‘here’ as ‘hyah’.

As more and more American GIs were based in Britain, it fell to General Eisenhower to become the supreme diplomat. Keeping peace between the American and British became the biggest challenge of all during the long run up to D-Day. In August 1943, the date was set for the invasion of Europe under codename ‘Overlord’.

That December, Eisenhower was summoned to a meeting with his President, who announced: “Well Ike, you are going to command Overlord.” From that moment, Eisenhower took the new title of ‘Supreme Allied Commander.’

This was the big appointment of the war, expected to go to Chief of the Imperial General Staff, Field Marshall Lord Alan Brooke. In acknowledgment of, and deference to, the overwhelming material contribution from the United States, Prime Minister Churchill recognised the political imperative for an American Commander. To balance this move, General Montgomery was given overall command of land forces. 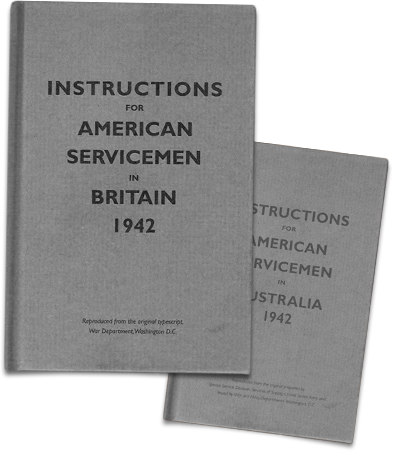 Landing exercises started in December 1943. For those planned to attack Utah Beach, the most westerly landing ground, the big training exercise of Exercise Tiger took place at the end of April 1944. With its long shale/shell beach, featuring a lake behind, Slapton Sands presented very similar conditions to those expected at Utah Beach.

Exercise Tiger turned out to become an unmitigated and bloody disaster. Mixed up communications between the US Landing Craft and Royal Navy escort ships was mainly blamed. Later, the absence of HMS Scimitar and a lack of replacement was judged a key factor. Blame was bounced between American and British commanders, leaving it to Eisenhower and Montgomery to intervene and calm relations. Setting aside the huge loss of life, the immediate concern was to minimise any disruptive effect on the committed schedule for D-Day.

The massive exercise was planned to take place between 22nd and 30th April, with 30,000 troops landing along the beach and advancing inland. Nine large Tank Landing Ships (LSTs) were deployed under protective surveillance of the Royal Navy.

The Royal Navy had an involvement of 32 vessels, ranging from Heavy Cruisers and Destroyers, down to Motor Gun Boats.

Orders for the exercise were issued by Supreme Headquarters: “Exercise Tiger will involve the concentration, marshalling and embarkation of troops in the Torbay Plymouth area, and a short movement by sea under the control of the US Navy, disembarkation with Naval and Air support at Slapton Sands, a beach assault using service ammunition, the securing of a beachhead and a rapid advance inland.”

Although a Royal Navy Corvette spotted German E-Boats heading towards Lyme Bay from Cherbourg, warning signals did not reach the LSTs loaded with troops. The heavily armed E-Boats had a clear run to attack the lightly defended convoy during darkness. The E-Boat was an effective Hunter-Killer, each loaded with torpedoes & mines, in addition carrying three 20mm guns and one 40mm gun.

The commander of the 9th E-Boat Flotilla was awarded oak leaves to his Knight’s Cross for that night’s action. His flotilla’s total at Exercise Tiger was:

Along with heavy loss of life at sea, this was compounded by loss of life once the men landed on Slapton Sands. British warships had been order to fire over the heads of landing GIs but ground communication failure allowed troops to advance into the live shelling area.

Total loss of life is historically put at around 700 American soldiers & marines. As records were held strictly secret for so many years, the figure may be more. By any measure, this tragic loss was more than those actually killed in the D-Day landings on Utah Beach on 6th June 1944.

A fitting memorial to those killed during ‘Exercise Tiger’ has been established by private subscription. This is at Torcross, at the southern end of Slapton Sands, and features a DD (Duplex Drive) Sherman Tank recovered from the sea after 40 years.

Essential concentration on the demands of D-Day planning & preparation forced the truths of ‘Exercise Tiger’ into the depths of official secrecy. No changes were made to the schedule, but no doubt important lessons were drawn from the disastrous incident. In all assembly areas along the English Channel coast, American troops collected in readiness for the assault.