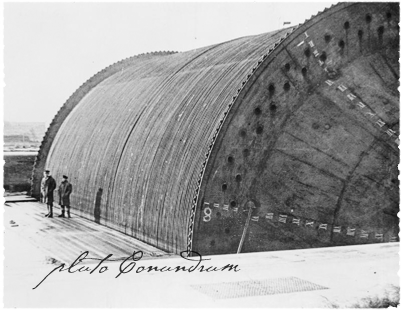 Whilst planning the D-Day Revisited pilgrimage to Normandy for the 65th Anniversary, we discovered there is an interesting connection between Ellesmere Port (where the road journey began), Liverpool and the nearby Stanlow Oil Refinery.

Long before the Normandy invasion, military and government leaders recognised that a guaranteed and plentiful supply of motor fuel for the invasion force was an imperative. The standard procedure would have been to transport oil and fuel by tankers into the war zone. Not only would tankers run the risk of enemy attack both from the air and by submarine, but the oil supply would be subject to the vagaries of weather.

A group of innovative thinkers decided the answer was to pump the fuel through a specially designed pipeline under the sea to where it was needed, and the scientists took up the challenge. The operation was undertaken by British scientists, oil companies and armed forces to construct oil pipelines under the English Channel between Britain and France. The scheme was developed by Arthur Hartley, chief engineer with the Anglo-Iranian Oil Company, after Admiral Louis Mountbatten first initiated the concept.

Operation PLUTO (Pipe Line Under The Ocean) was to supply petrol from storage tanks in southern England to the advancing Allied armies in France in the weeks and months following D-Day. Eisenhower acknowledged the significance of this feat when he said:

“Second in daring only to the Mulberry Harbours, was PLUTO.” 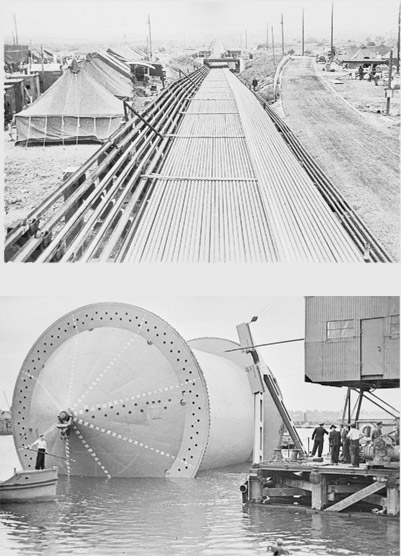 Planners knew that the future invasion of Europe would be the largest amphibious landing in history and without adequate and reliable supplies of petrol any advance would at best slow down and at worst grind to a halt. A loss of momentum could jeopardise the whole operation as German forces would have time to regroup and counter-attack. Conventional tankers and 'ship to shore' pipelines were in danger of cluttering up the beaches, obstructing the movement of men, armaments and materials and, in all circumstances, were subject to disruption by weather and sea conditions, and they were easy targets for the Luftwaffe. The idea of a pipeline under the Channel was an innovative solution.

Work on developing this idea began as early as 1942. Constructing flexible yet pressure-resistant pipes and leak-free couplings was a difficult and slow process. In addition, it was realised that the fuel would need to be stored in the south of England in the preparation stages for the invasion, with the possibility of the storage points becoming targets for the Luftwaffe. Consequently it was decided that an integrated network of pipelines would be needed, bringing the fuel from oil terminals and the like in safer areas of the United Kingdom, mainly Liverpool and Bristol, down to Dungeness and the Isle of Wight and from there over the Channel to Cherbourg and Calais.

The Liverpool end of the pipeline was in the River Mersey near the site of the 1982 Festival Gardens. In the river, opposite the Britannia Public House, is a yellow buoy which marks the spot where a platform was constructed and to which American and English tankers would tie up and connect their delivery hoses. The fuel would then be pumped from the landing under the Mersey, down the length of England to the Isle of Wight and from there to pumping points.

To minimise the risk of attacks on the pumping stations and to preserve the secrecy of the operation, these were carefully disguised as bungalows, barns, gravel-pits, garages and even an ice cream shop! The special connection with Shell Stanlow is that it is inconceivable that much of the oil would not have originated from the Stanlow Refinery.

There were considerable delays in completing the pipelines and PLUTO was not fully operational until 12th August 1944, by which time the Allies had made significant progress and fuel was a priority.

In a very short time a continuous flow of fuel was up and running. It is estimated that between August 1944 and May 1945 PLUTO delivered over 172 million gallons to France. As the Allies moved inland, the pipeline was transferred from the Isle of Wight to Dungeness in Kent to shorten the supply route. PLUTO was the world’s first undersea oil pipeline and made a major contribution, not only to the Allied war effort, but also to subsequent pipeline development.